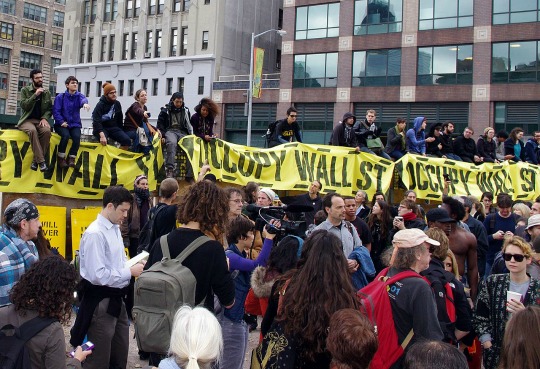 So finds a report released Friday by the Partnership for Civil Justice Fund based on 4,000 public documents obtained through a Freedom of Information Act request. The release was accompanied by an in-depth article by the New York Times.

"The U.S. Fusion Centers are using their vast counter-terrorism resources to target the domestic social justice movement as a criminal or terrorist enterprise," PCJF Executive Director Mara Verheyden-Hilliard stated. "This is an abuse of power and corruption of democracy."

"Although the Fusion Centers’ existence is justified by the DHS as a necessary component in stopping terrorism and violent crime, the documents show that the Fusion Centers in the Fall of 2011 and Winter of 2012 were devoted to unconstrained targeting of a grassroots movement for social change that was acknowledged to be peaceful in character," the report states.

Furthermore, "The Boston regional intelligence center monitored and cataloged Occupy-associated activities from student organizing to political lectures," according to the report. That center also produced twice-daily updates on Occupy activities.

Nationwide surveillance has included extensive monitoring of social media, in addition to a variety of spying methods used across Fusion Centers.

"[T]he Fusion Centers are a threat to civil liberties, democratic dissent and the social and political fabric of this country," said Carl Messineo, PCJF Legal Director. "The time has long passed for the centers to be defunded."