We are mounting a challenge to an extraordinary and dangerous new model of intense repression initiated against Water Protectors in Northern Minnesota that must be stopped before it becomes the nationwide model for movement and community suppression.

Small local Sheriffs' departments, and individual officers, were financially incentivized and paid to act against the opponents of Line 3 with huge sums of money flowing though the so-called "Public Safety Escrow Trust" funded by the Enbridge Corporation. The pipeline corporation paid more than $8.5 million dollars into funding not only Sheriffs’ departments but huge amounts of overtime for individual officers, paid only when they were acting in support of Line 3.

This financial structure essentially privatizes public police forces to act in service to the private pecuniary interests of this foreign corporation against its political opponents and the Indigenous community; to stop and disrupt peaceful organizing and expression that would educate the larger community and national audience about the environmental devastation being caused by the Line 3 pipeline.

We have been preparing the legal challenges to this structure in addition to our other affirmative litigation and defense support to protect and advance Water Protectors' constitutional rights.

Please visit our project the Center for Protest Law and Litigation to learn more about the Line 3 struggle and to support this work. 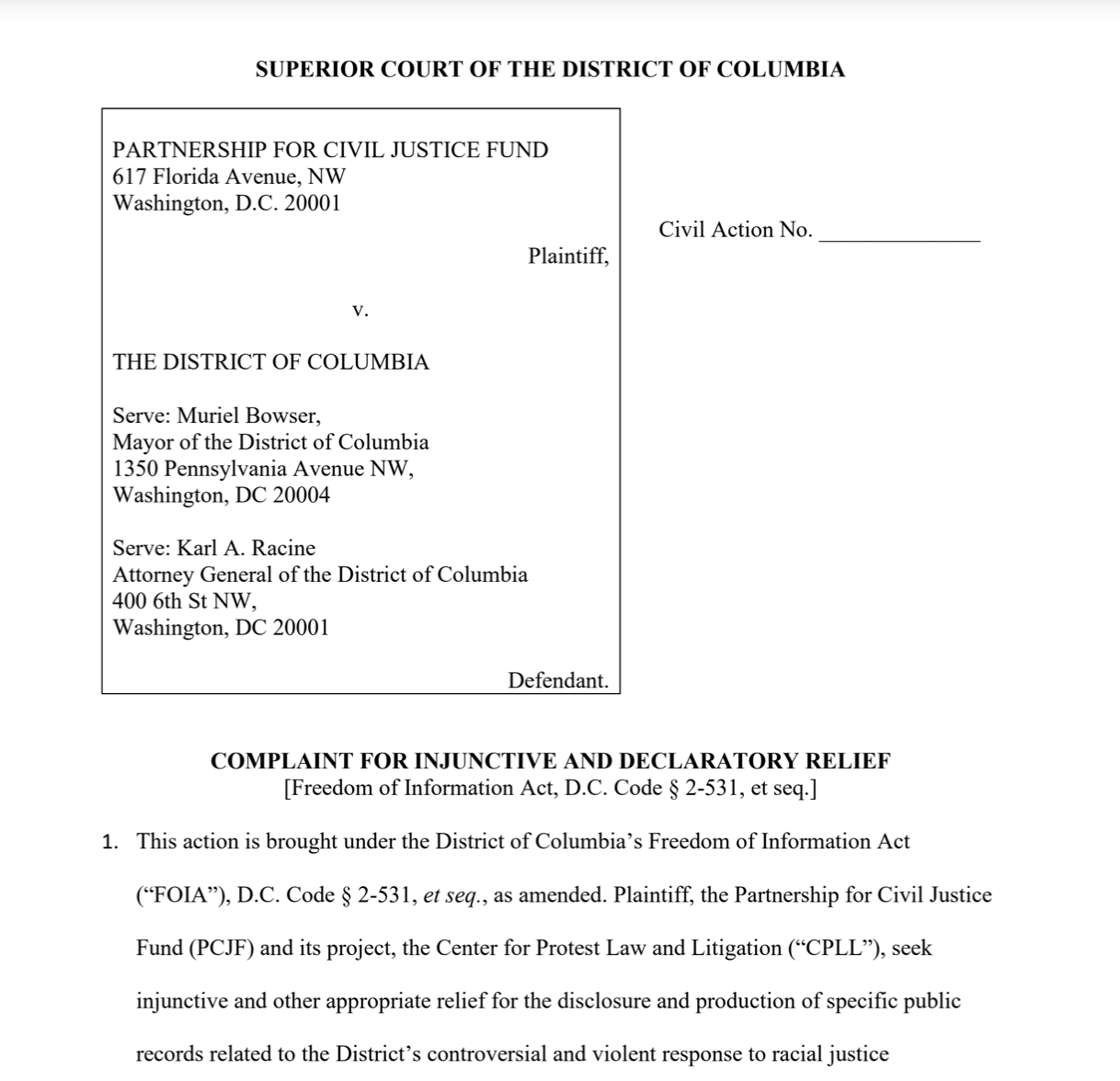 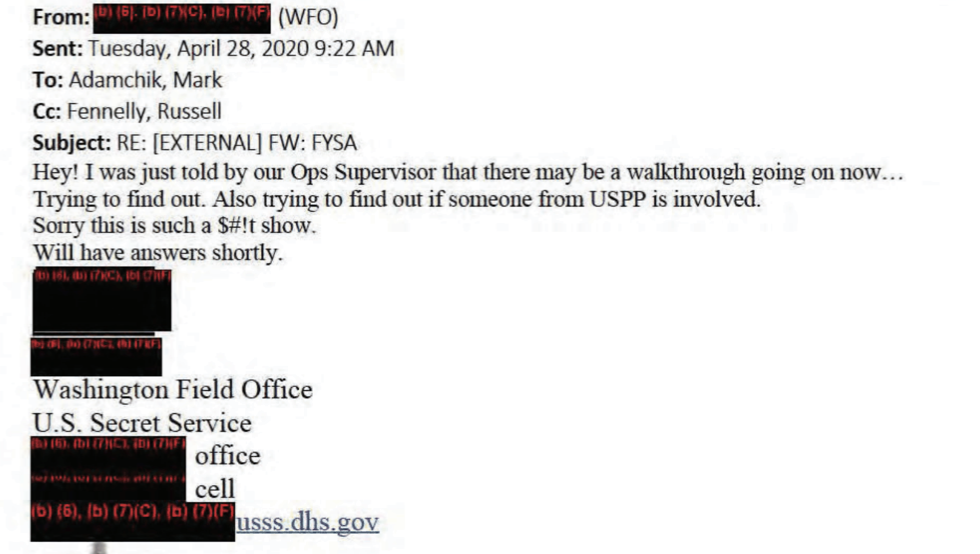 PCJF Exposes Records on Trump's Unlawful 2020 Use of the Lincoln Memorial Chamber for FOX Interview; Secret Service Email Called it a "$#!t show"

In May 2020, Trump violated the rules governing the use of Lincoln Memorial in order to use the solemn chamber for his own vanity project: a prime time interview with FOX News. PCJF obtained FOIA records documenting this abuse of the Lincoln Memorial. 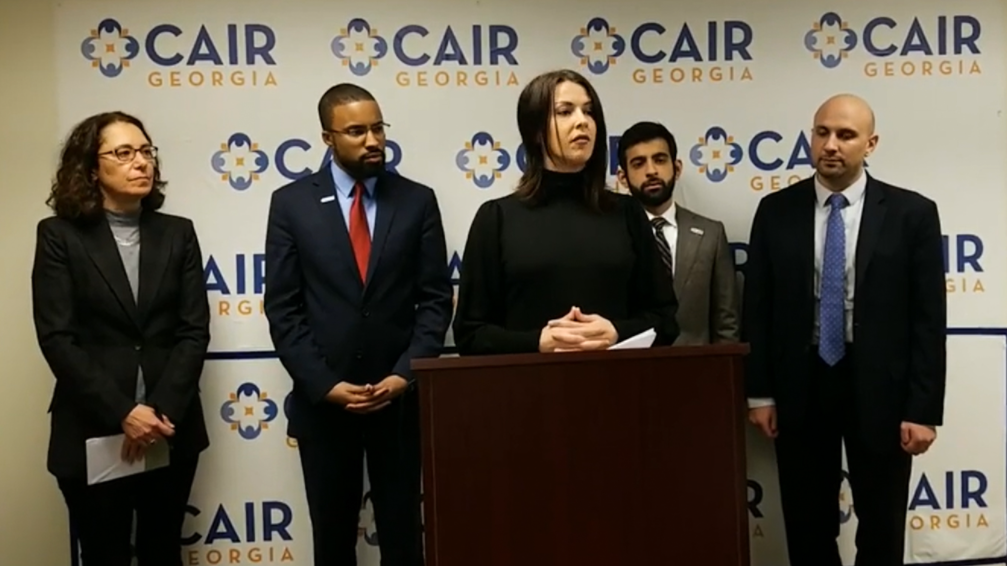 A federal court in Georgia has ruled that the state’s anti-BDS law violates the First Amendment in the case the PCJF brought on behalf of journalist and filmmaker Abby Martin. 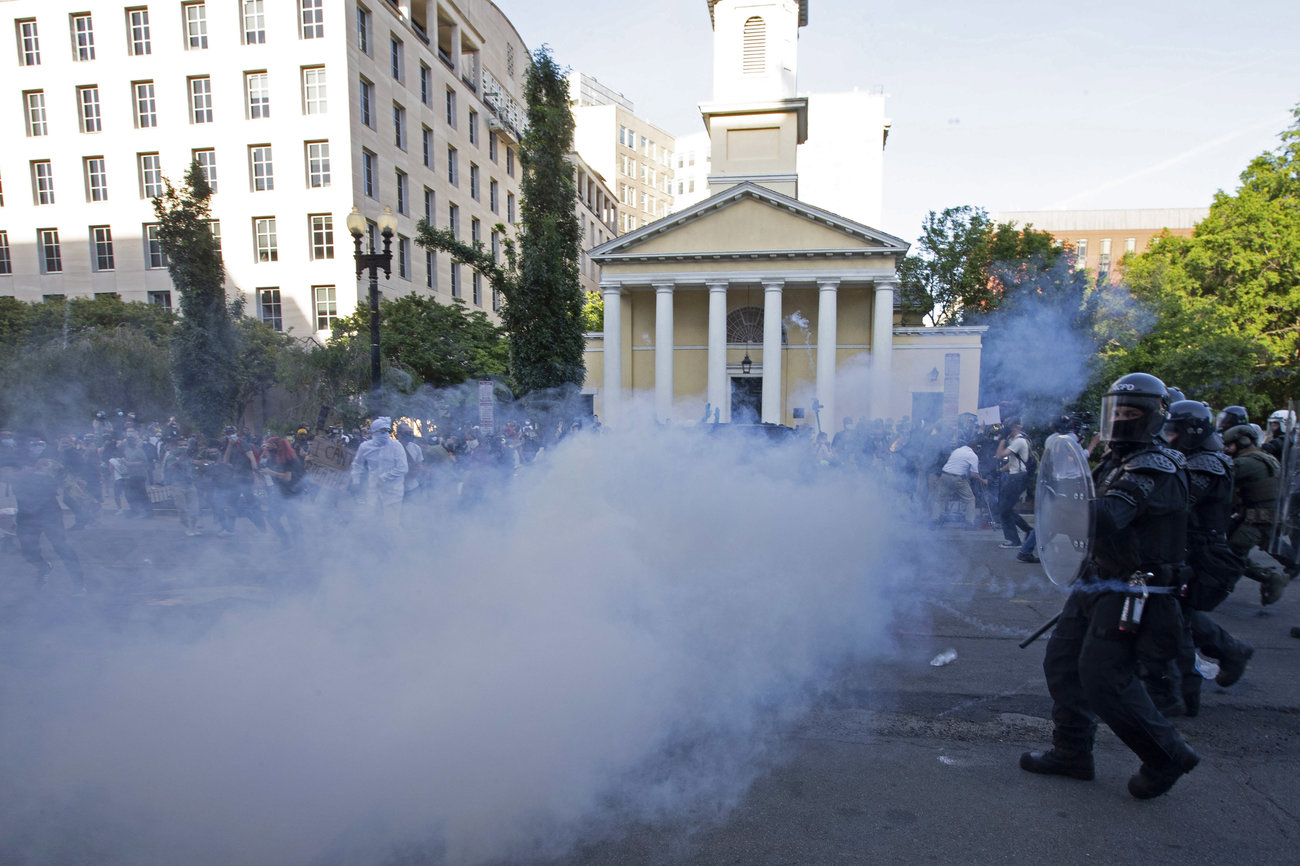 Protesters Were Supposed To Hear Warnings Before Federal Police Moved In. They Didn't

NPR's Morning Edition talks to PCJF's Mara Verheyden-Hilliard about the clearing of peaceful protesters from Lafayette Park, and how the police violated previous agreements imposed upon them after their previous misconduct at Pershing Park in 2002. 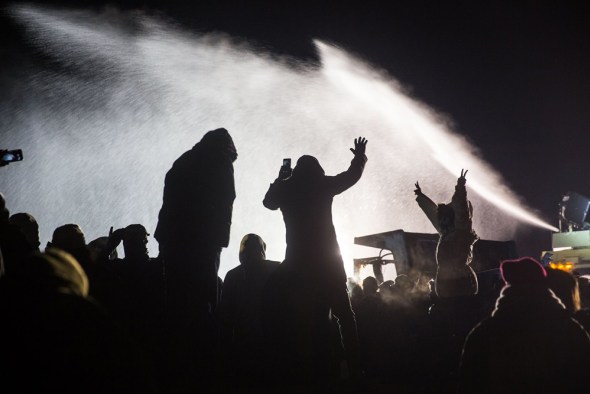 Standing Rock Civil Rights Class Action Moves Forward After Four Years. “We are litigating this case not only on behalf of the water protectors whose rights were so viciously violated at Standing Rock, but for the constitutional rights of all people fighting for climate and racial justice as our planet is in flames and paramilitary forces attack peaceful protestors across the land.” — Mara Verheyden-Hilliard. 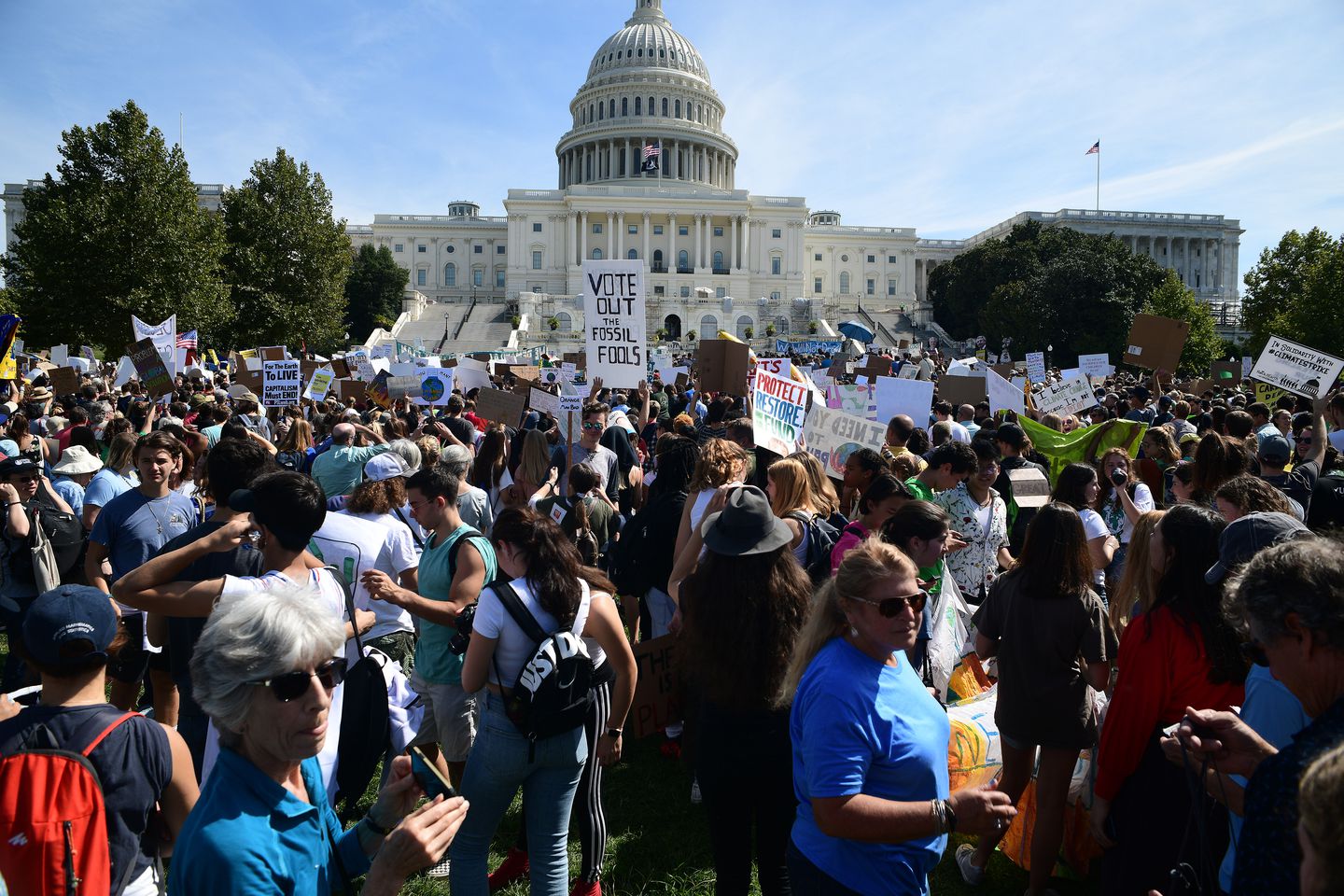 Washington Post: A victory for free speech on the Mall

Washington Post editorial "A victory for free speech on the Mall" calls the total withdrawal of proposed anti-protest regulations: "a full retreat by the Trump administration and, more important, a victory for the First Amendment." "Their plan to suppress protest,” said Mara Verheyden-Hilliard of the Partnership for Civil Justice Fund, “was met with the very force it was trying to suppress." 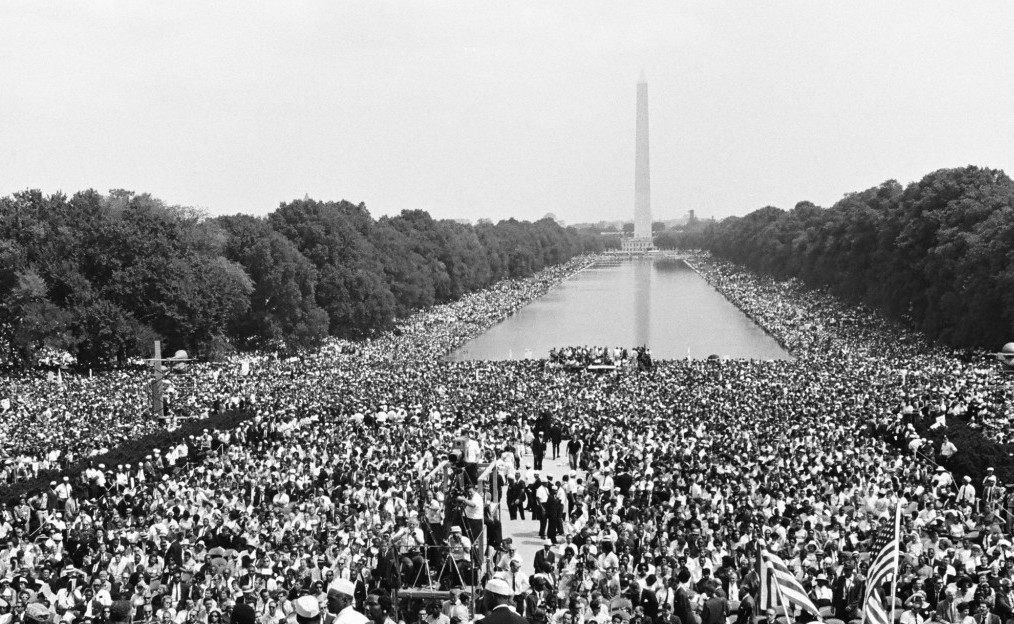 In an extraordinary victory for the people, the Trump Administration has announced that it is fully withdrawing its massive anti-democratic plan to block free speech and assembly through proposed regulations that would have crushed protest on federal land in the nation's capital. 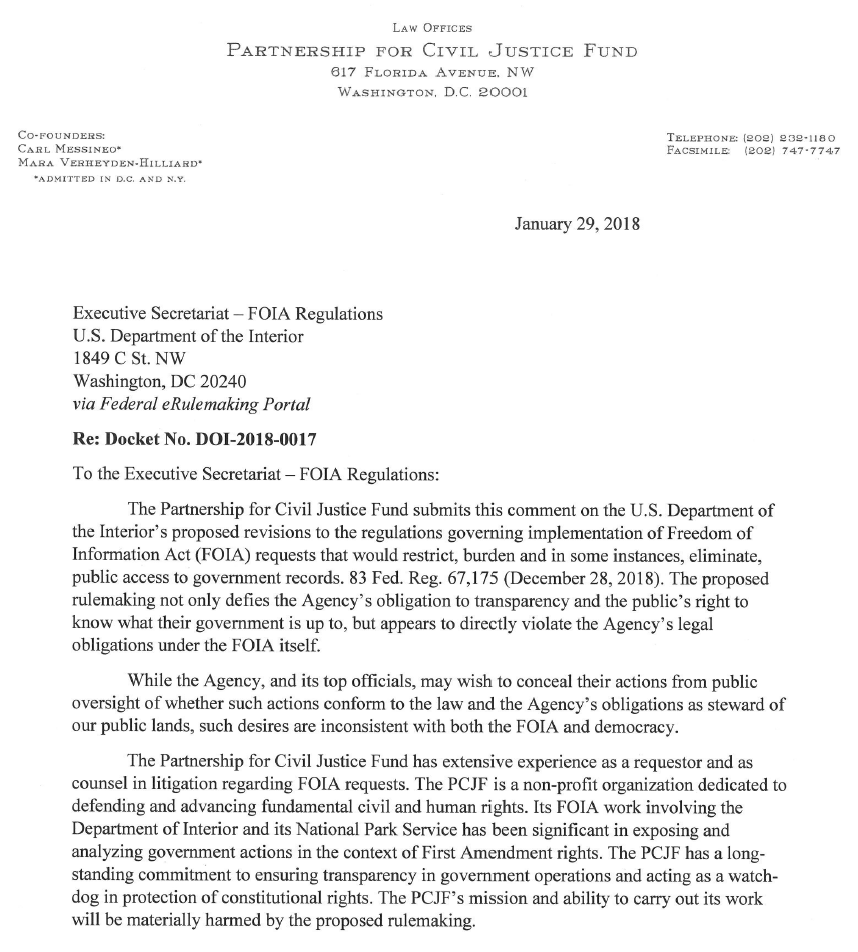 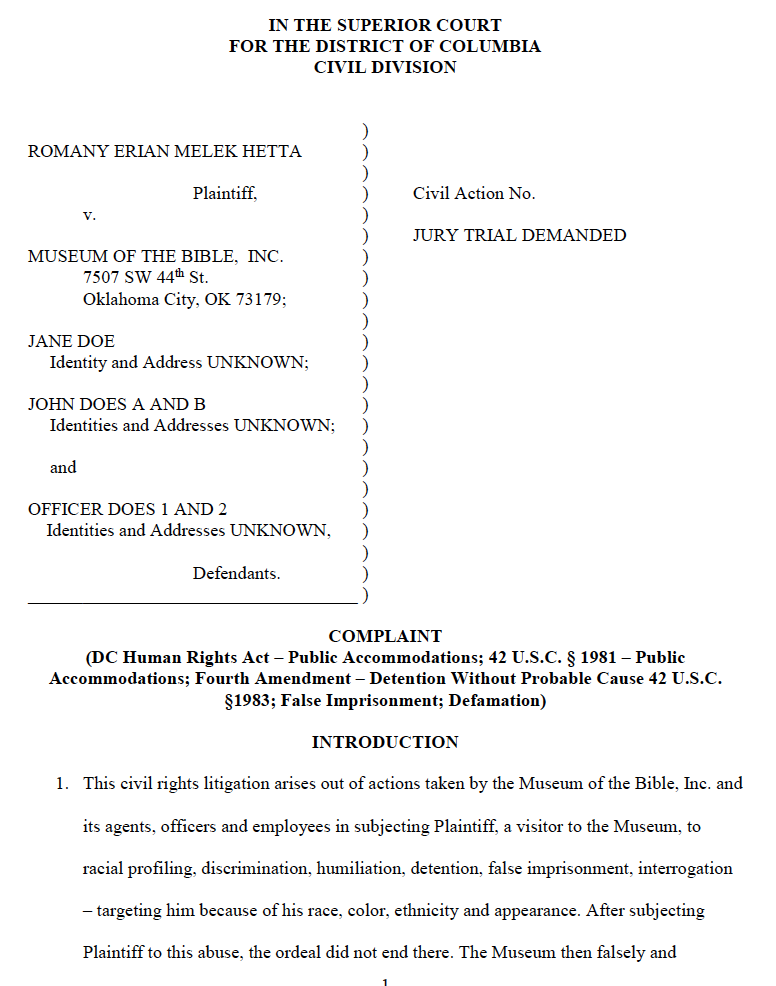