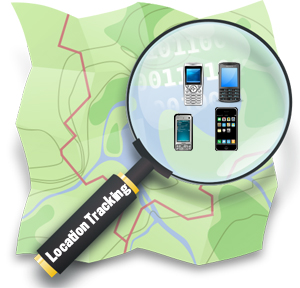 The NSA is Tracking Your Every Movement

Today’s release of documents obtained from whistleblower Edward Snowden is by far the most explosive and most damning of any of the material that Mr. Snowden began to release in June of this year.

They reveal the truly outrageous and criminal character of the Pentagon’s spying operations against civilians. And they make it clear, as Congress gets ready to debate the surveillance programs, that any Congressional representative or senator who refuses to take action to end these programs is violating their oath of office to uphold the Constitution.

The new documents show that “the government is tracking people from afar into confidential business meetings or personal visits to medical facilities, hotel rooms, private homes and other traditionally protected spaces” by the NSA gathering nearly 5 billion records a day on the whereabouts of cell phones users locations, according to the Washington Post article authored by Barton Gellman and Ashkan Soltani. Gellman was one of the reporters to whom Ed Snowden released NSA documents.

A NSA senior manager, speaking anonymously to the Washington Post, admitted that the NSA gets vast volumes of location data of Americans as well as overseas cell phone users by tapping into the cables that connect mobile networks.

The new documents expose that the people of the United States, and people throughout the planet, now live under a mass surveillance regime whose scope and scale was unimaginable six months ago.

The Pentagon (the NSA is an agency of the Pentagon) monitors and records the location data every day of hundreds of millions of cell phone users – inside the United States and around the world -- enabling it to track the movements of every person and map all of their relationships and activities. It takes 5 billion phone records per day and feeds them into a vast database and uses the most sophisticated tools to analyze and instantly profile every individual’s activities, communications and relationships.

This mass spying program, called CO-TRAVELER, is incompatible with democracy.

The domination over society by the Pentagon, using a total mass surveillance grid that was created in absolute secret and without the consent of the people, is the negation of democracy, personal freedom and individual privacy.

Millions of people are angry, outraged and unwilling to see democracy be eviscerated by intelligence agencies that act without accountability and in defiance of the First and Fourth Amendment of the Constitution. They are demanding that Congress end the system of mass surveillance.

Edward Snowden is not the criminal here. He told the truth and he still is. He ignited the debate but all of us, acting together, must work for real change. We at the PCJF are using all available avenues including the courts and powerful public advocacy to take this debate to the next level and to demand a dismantling of the Surveillance State. There is no battle that is more critical than this. All of us working together can overcome and end the Surveillance State. We have the power collectively, and we must act now.