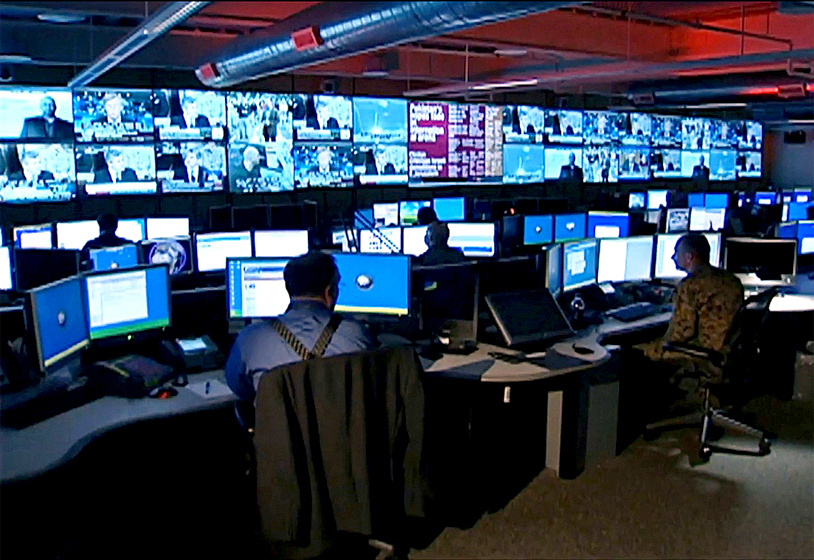 No words can express the horror of the massacre in an Orlando gay bar that took the lives of 49 innocent people. We in the Partnership for Civil Justice Fund join with millions of others worldwide to express our condolences to the friends and families of the victims and our outrage at the non-stop attacks against the LGBTQ community.

We have been also outraged by the cynical abuse of this attack by right-wing politicians who care more about beefing up unconstitutional law enforcement practices and spreading anti-Muslim bigotry than stopping anti-gay violence.

Such a system of intelligence-gathering and surveillance violates U.S. citizens' constitutional rights and is ineffective. In the wake of the horrific Orlando massacre, U.S. intelligence agencies and the private corporations that benefit from the Surveillance State are working hard to increase authority and funding for mass surveillance while the right wing is whipping up fear towards Muslims in the United States.

The New York Times reported Wednesday that the FBI has 10,000 open counter-terrorism investigations — an astounding number that indeed conveys that every potential plot becomes a "needle in a haystack."

The country heard a similar presentation after the Boston Marathon bombing.

It's important in times like these that the truth be told.

That truth is that the FBI and other law enforcement agencies, from federal to local, misuse and abuse their bloated counter-terrorism funding to spy and crack down on the right to dissent.

PCJF's investigations into America's intelligence and security agencies over these past several years have demonstrated that time and again the FBI, the DHS, Fusion Centers and other agencies devote untold "domestic terrorism" resources to spying on peaceful political dissent. They display blatant disregard for constitutional liberties. Individuals and organizations that are engaged in peaceful conduct, from protests and organizing to attendance at a mosque or belonging to a Muslim student organization, are indeed subject to open-ended, multi-year investigations and monitoring.

In Boston, the DHS-funded local Fusion Center, called the Boston Regional Intelligence Center, was devoting countless human resources and surveillance technology to monitor every minute detail of Occupy Boston activities, a peaceful protest movement, at the time that Russian intelligence was sending warnings to the FBI about the Tsarnaev brothers.

Other recent disclosures have shown that the FBI used counter-terrorism resources and justifications to monitor and infiltrate School of the Americas Watch, a human rights pacifist group that carries out annual protests in Georgia. Even the ATF, which is supposed to be focused on the enforcement of existing gun laws and organized crime, was spying on the Occupy movement.

The federal government has yet to give a full accounting of the depth of these counter-terrorism abuses, which have been discovered and exposed by the PCJF through Freedom of Information Act demands.

PCJF Executive Director Mara Verheyden-Hilliard said: "When the FBI says they have 10,000 open counter-terrorism investigations, we know from our work that too many of them have nothing to do with terrorism at all and instead target peaceful political dissent and religious activity. This reveals a toxic combination of ineffective law enforcement and the aggregation of unchecked immense power."

Instead of holding the FBI to account and reversing, undoing and defunding this unconstitutional, abusive and ineffective activity, there is now a mad dash in Congress to double-down on them. The Senate and House are advancing legislation that expands FBI funding, at taxpayers' expense, without curtailing the documented pattern of abuse.

PCJF Legal Director Carl Messineo said: "The country is not facing a choice of safety or freedom. The 15 years of post-9/11 mass surveillance — which treats all dissenters as potential enemies of the state — has made the country not a bit safer while significantly gutting constitutional freedoms."

The PCJF is calling on all its supporters to not let the anti-gay hate crime in Orlando be used to advance mass surveillance, anti-Muslim bigotry and a new round of militarism.

Please join us as we continue to fight back against this assault on our constitutional rights, and share this article with friends and family.