Attorney says justices are allowing ‘a clear and present danger to democracy, free speech and a free press.’ 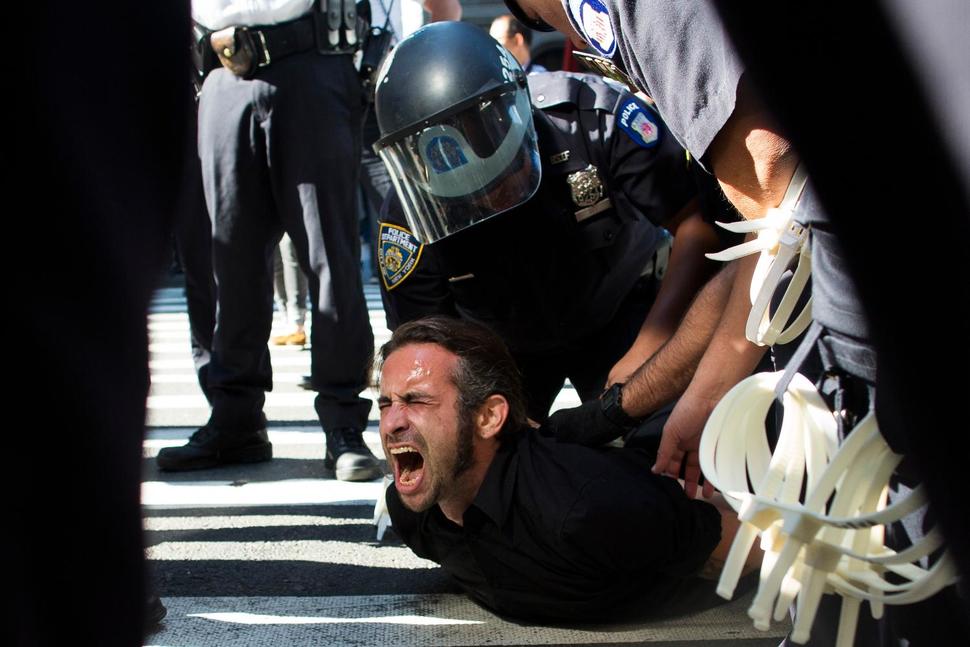 The Supreme Court has declined to review whether it's legal for American police to mass-arrest peaceful protesters without first giving them a warning and an opportunity to disperse.

The rejected First Amendment case, Garcia v. Bloomberg, emerged from the mass arrest of about 700 people on the Brooklyn Bridge in 2011. Attorneys for the protesters said review was particularly important now that large national protests again have become common.

Though protesters had followed officers onto the bridge's roadway before being surrounded and arrested, New York City attorneys argued in a filing "the New York prohibition against obstructing traffic is clear, and police never varied it by word or deed."

The U.S. Court of Appeals for the 2nd Circuit sided with the city, finding officers had probable cause to arrest the protesters, who were taking part in an Occupy Wall Street march.

Opponents of the appeals court ruling said it chilled the exercise of speech and assembly rights by allowing police to arrest protesters for violating traffic laws without warning, even if police were facilitating the violations.

"The Supreme Court has let stand a Second Circuit ruling that poses a clear and present danger to democracy, free speech and a free press," says Mara Verheyden-Hilliard, executive director Partnership for Civil Justice Fund and an attorney for the protesters.

"It signals all those who would join a peaceful police-escorted demonstration, or report on it, that even if they comply with all police directives they can nonetheless be arrested with no warning and be subject to years of prosecution and possibly years of imprisonment," she says.

A spokesman for the New York City Law Department could not immediately comment on the Supreme Court decision.

In a recent court filing, city attorneys argued the case presented only "a narrow question of probable cause" to make arrests and disputed that there was a circuit split, which would make the matter more attractive to justices.

Unlike other mass-arrest cases, city attorneys argued in a court filing, traffic laws had not been "explicitly or implicitly suspended."

Garcia's team, however, pointed to rulings such as the 2011 opinion from a panel of the 7th Circuit in Vodak v. City of Chicago. In that case, a group of antiwar protesters marched in 2003 without a permit or established route but with acquiescence of police before a large number of protesters, many of whom said they did not hear police orders to disperse, were surrounded and arrested.

"No precedent should be necessary ... to establish that the Fourth Amendment does not permit the police to say to a person, 'Go ahead and march,' and then, five minutes later, having revoked the permission for the march without notice to anyone, arrest the person for having marched without police permission," the 7th Circuit ruled.

Verheyden-Hilliard says she believes the Supreme Court will eventually have to address the matter.

"The obvious constitutional infirmity of [the 2nd Circuit's] position, which has been rejected by every other circuit that has considered it, makes it clear that this matter will come up through the courts again," she says. "This case has been hard-fought for more than five and a half years and, while this case has ended, this fundamental issue remains alive as the American people engage in protest and dissent in record numbers."

Steven Nelson is a reporter at U.S. News & World Report. You can follow him on Twitter or reach him at [email protected]