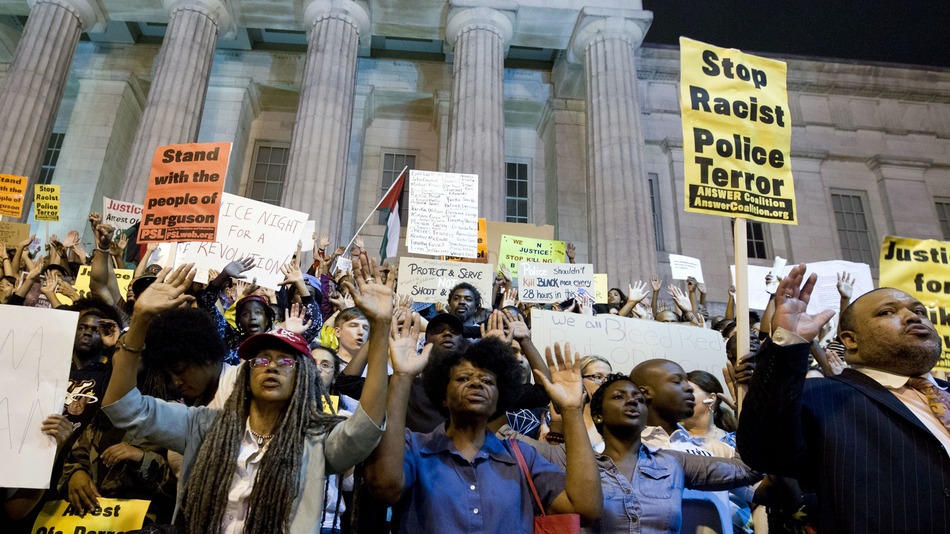 Deploying riot-gear officers in D.C. against peaceful protest is illegal

"If Chief Lanier deploys riot-gear police against peaceful protesters, she will be breaking the law," stated Mara Verheyden-Hilliard, Executive Director of the Partnership for Civil Justice Fund. "We caution Chief Lanier not to engage in the provocative, repressive and violent acts that have been carried out by the police in Ferguson and in Washington, D.C. in the past. The District has paid out tens of millions of dollars in lawsuits to protesters over the last decade as a result of unconstitutional police tactics. In addition to litigating these cases, the PCJF worked with the D.C. Council to pass new laws precisely to prevent the same from happening again, to make the District a place that was hospitable rather than hostile to protests."

Under Section 116 of the First Amendment Rights and Police Standards Act, riot-gear police may only be deployed where there is a danger of violence.

Over the course of the summer and fall, the #DCFerguson movement has repeatedly organized protests drawing hundreds of people into the streets of major commercial areas. These protests have been entirely non-violent and have not met, by any stretch, the criteria for the deployment of civil disturbance units.

PCJF Legal Director Carl Messineo pointed out how the activation of civil disturbance units (CDUs) poses grave civil liberties implications. "In Ferguson-related protests in the District so far we have seen the number of people swell through the course of the marches, as people join in from the sidewalk and surrounding areas. The deployment of militarized units has a chilling effect on peaceful protest and First Amendment-protected activity. Many people are aware of the mass arrests and brutality carried out by D.C. CDUs in the past, and will view their reappearance as a message that similar police violence is to be expected."

The Partnership for Civil Justice Fund (JusticeOnline.org), which has represented through class-action lawsuits thousands of people falsely arrested in protests in D.C. and around the country, will be monitoring the upcoming protests, and is prepared to pursue legal action to defend the First Amendment rights of people to engage in protest.