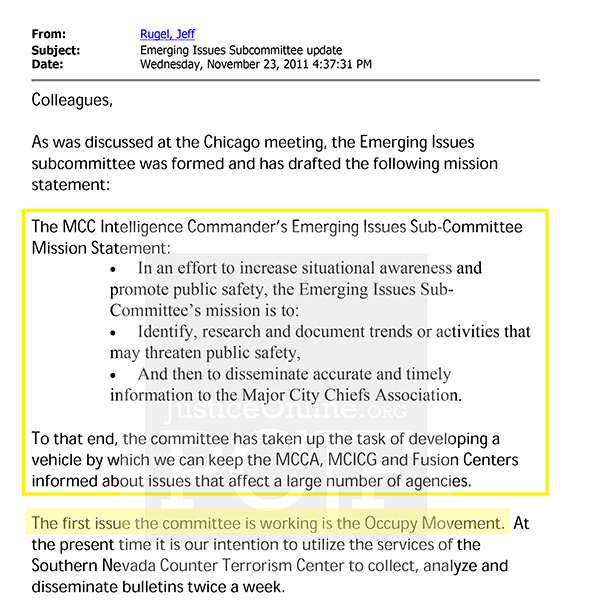 The documents below are part of 4,000 pages obtained by the Partnership for Civil Justice Fund. To see all the documents, and read the PCJF report, visit BigBrotherAmerica.org

The documents reveal that the police chiefs of major U.S. cities created an “Emerging Issues” Subcommittee and that “The first issue the committee is working is the Occupy Movement.” The document explaining the subcommittee states, “At the present time it is our intention to utilize the services of the Southern Nevada Counter Terrorism Center to collect, analyze and disseminate bulletins twice a week.”

The distribution list for these Fusion Center-issued bulletins includes virtually every single Fusion Center in the United States. See below:

We need your help! PCJF attorneys have worked for years to expose the government's use of counter-terrorism authority against the peace and social justice movement, including the Occupy movement. Please make an urgently needed tax-deductible contribution to support these efforts in defense of freedom, dissent and constitutional rights.