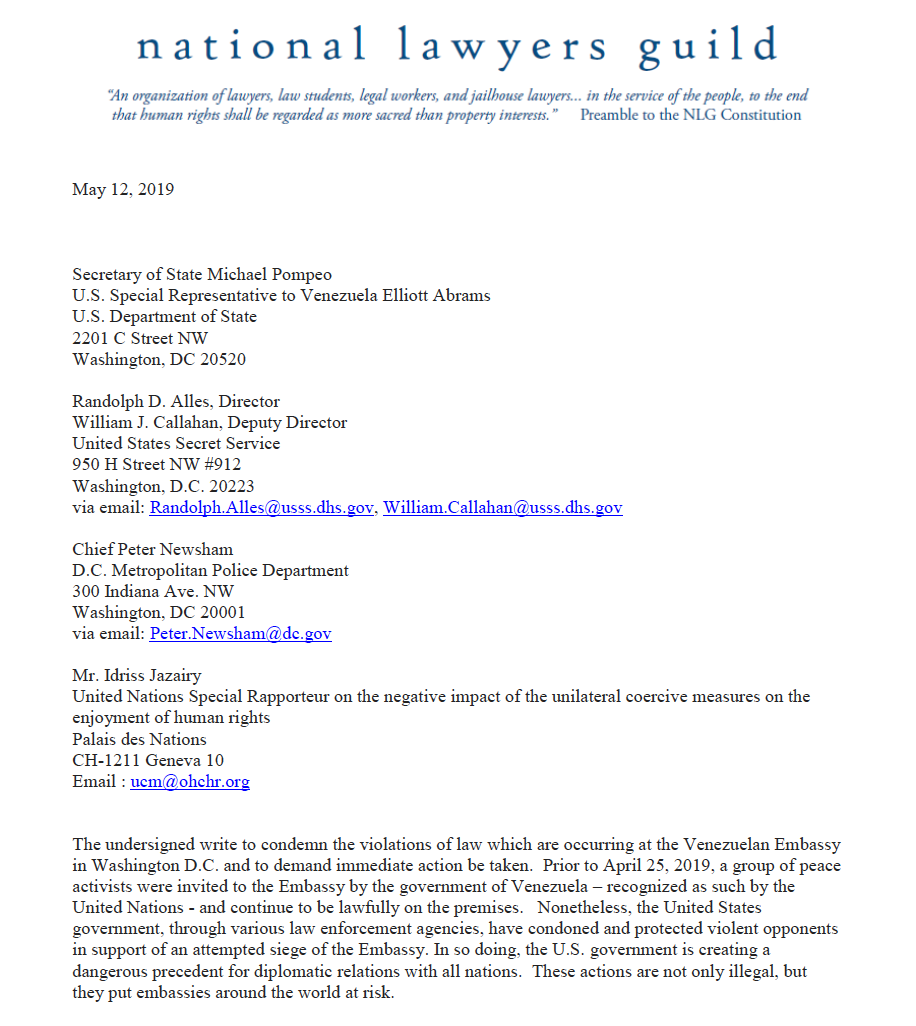 International and domestic human rights legal organizations have issued a letter to the State Department, the Secret Service and other officials demanding an immediate cessation of the violations of human rights being committed against the peace activists who are lawfully present in the Venezuelan Embassy in Washington, D.C.

The organizations are condemning the cut off of electricity, law enforcement facilitation of break-ins and violent assaults against persons and property at the diplomatic mission, vandalism, threats, and the theft and blockade of food to persons inside.

The organizations state that the United States government is acting in clear violation of the most basic tenets of the Vienna Convention on Diplomatic Relations, in particular Articles 22 and 45, which was ratified by the United States in 1972.

The letter, which is currently receiving additional signatories, can be read here.