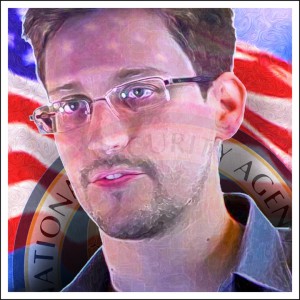 NSA leaker Edward Snowden may be in Russia, but his face could soon be rolling through the streets of D.C. The Partnership for Civil Justice, a D.C.-based legal nonprofit that has represented Occupy Wall Street protesters, is raising money to buy wraparound ads on D.C. buses that would prominently feature a portrait of the former intelligence contractor. The ads would read, "THANK YOU, EDWARD SNOWDEN."

According to a call for donations on its website, the group wants to place the wrappers on buses around Capitol Hill and the White House. "The elites in D.C. may not ride the bus, but they can't avoid reading the bus!" the website says.

This is just one part of the Partnership for Civil Justice's plan to amplify public support of Snowden. The organization is also asking people to sign a list saying they thank Snowden—so far, nearly 14,000 people have obliged—and upload pictures of themselves holdings signs saying as much.

Photo by DonkeyHotey via Flickr/CC BY-SA 2.0