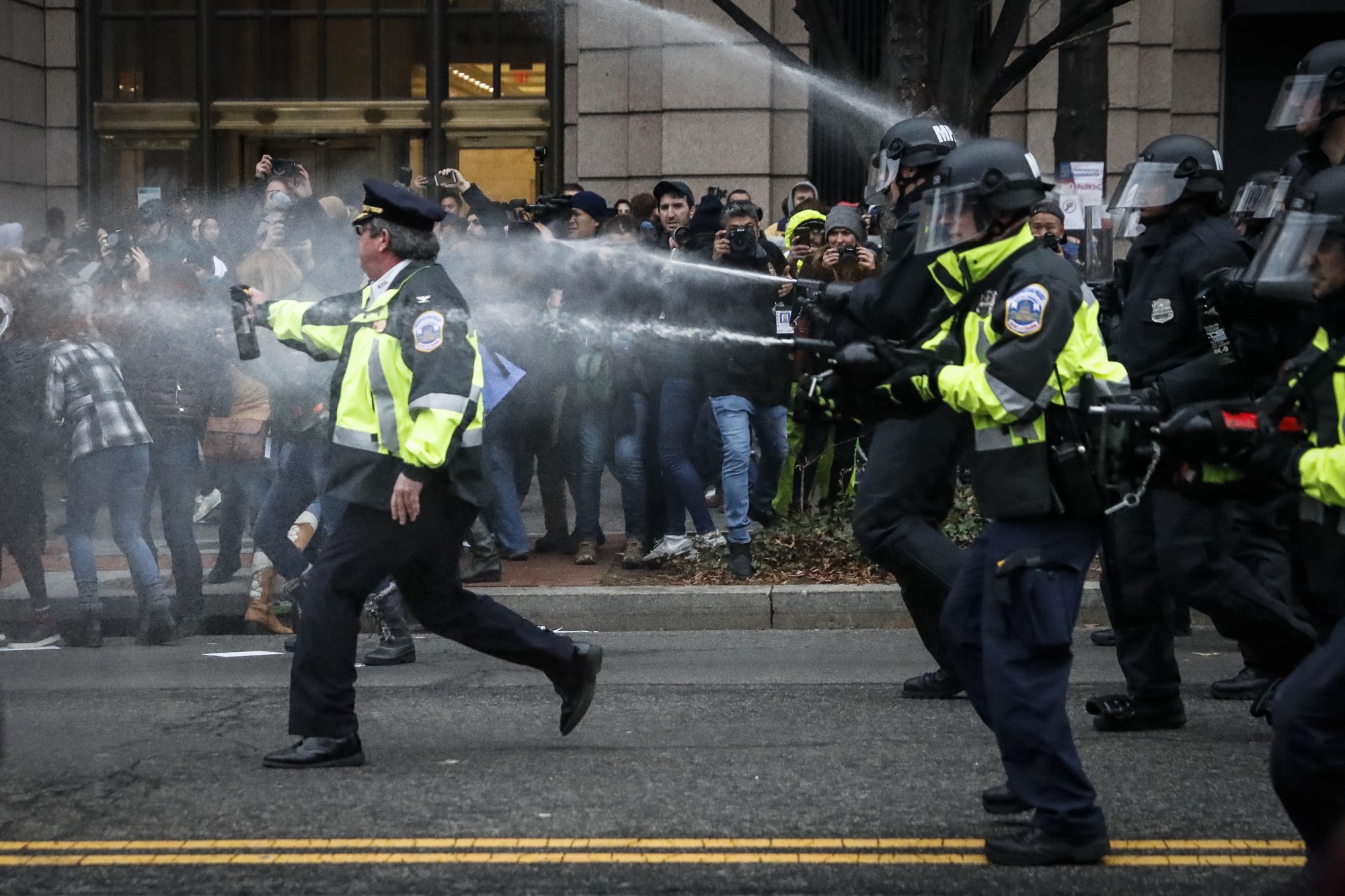 A public records request and lawsuit by the Partnership for Civil Justice Fund (PCJF) confirms that the Metropolitan Police Department failed to issue dispersal warnings or orders prior to mass arrests at the Trump Inauguration. The police actions on January 20 violated laws enacted by the D.C. Council in 2005, as well as the MPD’s own Standard Operating Procedures requiring such notice prior to arrest, specifically including when there are acts of property damage alongside a demonstration.

“Hundreds of people are facing decades in prison for being in proximity to a few who engaged in acts of property damage. This is a crippling threat to participation in First Amendment activities,” stated Mara Verheyden-Hilliard Executive Director of the Partnership for Civil Justice Fund (PCJF). “This means that any demonstration can be mass arrested if a few individuals - protesters or agents provocateur - commit vandalism. The United States Attorney’s Office’s superseding indictment asserts that those arrested failed to leave the scene and as such are culpable - but the police never issued orders putting anyone on notice that participation in the protest, or covering it as a journalist, would be deemed a criminal act.”

“Ever since early 19th Century, we have used the phrase ‘read the riot act,’” stated Carl Messineo, Legal Director of the PCJF. “That refers to the historic requirement under English law that, when a crowd contains persons who are unruly or even riotous, law enforcement must first give dispersal orders - - historically by literally reading the Riot Act to the crowd, declaring an assembly unlawful and issuing an order to disperse or be subject to arrest. This is a long-standing requirement and practice of law to protect free speech.”

“The police just cannot say that when violence or vandalism occurs within a protest, that everyone nearby or others who are simply engaged in free speech or protest or journalism, can be swept up, arrested, and put through the criminal justice system,” continued Mr. Messineo. “The purpose of the dispersal order is to give notice, to let people who are engaged in the time-honored and constitutionally protected act of political association or free speech know that being present on the public ways is no longer protected. Especially on Inauguration Day, when all of downtown is dedicated to free speech and assembly, it is essential that police issue dispersal orders rather than indiscriminately arresting everyone and letting the courts sort it all out later.”

The MPD’s Standard Operating Procedures require that even in the event of violence or disruption during a protest, if an “incident commander determines there is a need to take police action, he or she shall instruct [subordinates] to issue warnings to the crowd to disperse.” The police willfully violated this essential requirement on January 20.

The First Amendment Rights and Police Standards Act requires a dispersal order notifying participants in an assembly, where a significant number or percentage are participating in unlawful conduct or property damage, that they will otherwise be subject to arrest. It requires that absent exceptional circumstance, multiple orders to disperse should be issued, and that whenever possible the MPD shall make an audio or video recording of such orders to prove that they have been properly issued. The Commander’s Mass Demonstration Event Log includes Arrest Warning log sheets on which police are required to detail date, time and location of warning, name of officer giving the warning and other information. None of this documentation exists for January 20, 2017.

On Inauguration Day, people were not merely present on the streets in an ordinary way, but were present to engage in free speech, political association and protest - - which are constitutionally protected. That made the requirement of dispersal orders and the avoidance of mass indiscriminate arrests all the more essential.

In response to a public records demand, and subsequent lawsuit by the PCJF, the MPD has admitted that it possesses no records of and no recordings of any dispersal orders or arrest warnings issued in connection with any January 20, 2017 inaugural protests or assemblies.