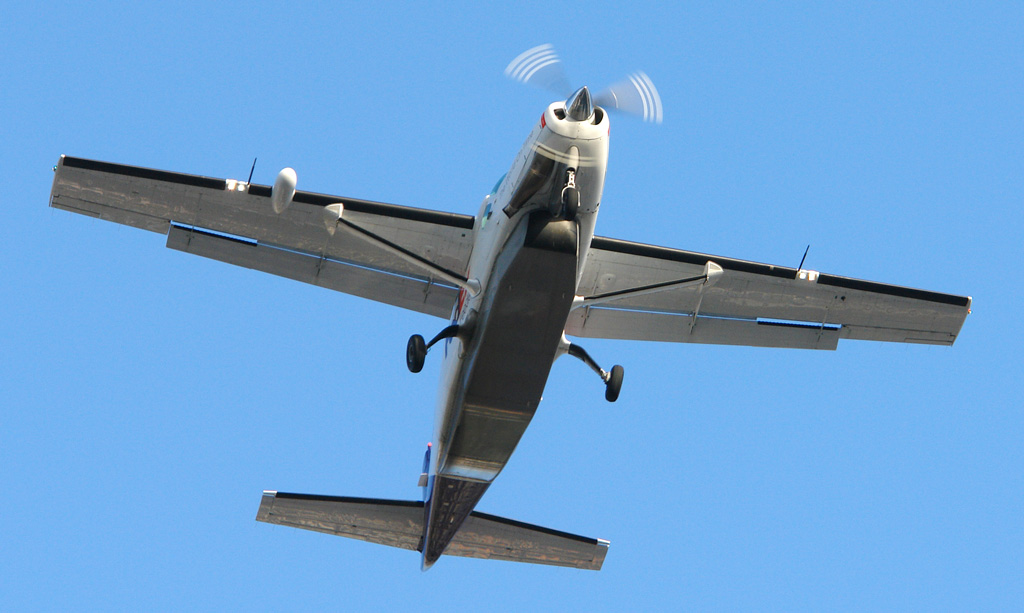 Recording us all from the sky

Everyone’s movements are watched from a hidden camera in the sky, but no one knows it. Ex-military private contractors control the cameras and run the operation to avoid government oversight. In the background, billionaire funders salivate at the possibility of plush government contracts.

In the City of Baltimore this dystopian scenario is already real life.

A private security firm, Persistent Surveillance Systems, with funding from a billionaire former hedge fund manager, has been filming and recording the people of Baltimore from the skies, using a surveillance plane with ultra-wide angle cameras that circles the city recording the imagery to massive hard drives. The range encompasses thirty square miles simultaneously, almost one third of the city.

The technology was first developed by the military and deployed in the siege of Fallujah.

In an all-too-familiar transition, this battlefield technology needs a new marketplace in order to maintain profitability. Wars come and go, but the domestic marketplace is persistent.

Such is the growth cycle of the Surveillance Industrial Complex, the morphed offspring of the Military Industrial Complex that has distorted values and driven policies for years on end. Capital interests profit from the people’s collective and individual loss of personal privacy.

McNutt founded Persistent Surveillance Systems to bring that battlefield technology home to monitor the people of the United States. He viewed Baltimore as an excellent proving ground in the aftermath of the Freddie Gray homicide.

McNutt lacked necessary finances, though. In stepped Texas-based hedge fund manager and billionaires John and Laura Arnold. The Arnolds donated $120,000 to a local foundation, the Baltimore Community Foundation, which funded the spy plane.

By securing private funding, the Baltimore Police Department was able to use the dragnet surveillance technology off-the-books. There was no government oversight or authorization from elected officials, no public disclosures to the community or hearings before the City Council. It was all surreptitious and undisclosed until described last week in a bombshell article in Bloomberg Businessweek.

The Baltimore City Council has, in the aftermath of the Bloomberg Businessweek disclosure, stated that it will hold hearings “as soon as possible” without yet setting a date. The Council should determine which top police officials, including Police Commissioner Kevin Davis, were aware of this covert surveillance program. Each should be terminated by the Mayor.

No more does democratic society tolerate secret police than it can tolerate secret police operations. It constituted a gross breach of official duties for police to have failed to bring this mass surveillance program to the attention of the public and elected officials. Termination is the bare minimum degree of individual professional accountability demanded by this breach.

In United States v. Jones, presented with a challenge to the use of GPS technology to monitor a suspect’s movements on public roadways around-the-clock for 28 consecutive days, the Supreme Court’s nine justices bandied about no less than three distinct legal theories for finding such use of technology without a warrant to be unconstitutional.

The Jones majority opinion, written by Justice Antonin Scalia, avoided the core issues of how the Fourth Amendment addresses persistent surveillance technologies. The majority, resurrecting an old doctrine, found Fourth Amendment interests were violated because police trespassed on the suspect’s property interests by affixing the technology to the suspect’s car without a warrant.

A second theory identified by concurring Justices would have held the search unconstitutional under modern constitutional standards first articulated in the 1967 landmark case of Katz v. United States, that a Fourth Amendment search occurs when the government violates a subjective expectation of privacy that society recognizes as reasonable.

The reasonable expectation of privacy standard was historic because it detached the analysis from property or trespass law. In Katz, the Supreme Court held that “the Fourth Amendment protects people, not places,” finding a constitutional violation where police attached an eavesdropping device to monitor conversations that took place in a public telephone booth.

How the Government Creates an Intimate Picture of Your Private Life

“Mosaic theory,” the third legal theory referenced by concurring Justices, is the most precise of all three and may ultimately have great significance for application to mass surveillance technologies, especially those that capture and catalogue public activities and movements.

The courts have held that there is not a privacy interest in publicly revealed activity, such as roadway movement. Mosaic theory recognizes that the aggregation of data or the persistent surveillance of public activities can create an intimate picture of a person’s life so revealing that government collection without a warrant violates Fourth Amendment privacy interests.

Even though a single snapshot of a person’s public movement does not trigger a privacy interest, the aggregation of many such snapshots or data points creates a mosaic that is so revealing that it unconstitutionally invades privacy.

While going on a single public trip, for example, a person understands her movements are observable to others, i.e., is not private. The whole of a person’s movements, over time, is not actually exposed to the public because it is impossible that any stranger or random person would observe all those movements. As one Court described mosaic theory, “the whole is something different than the sum of its parts.”

Justice Sonia Sotomayor in Jones described how movement tracking “generates a precise, comprehensive record of a person’s public movements that reflects a wealth of detail about her familial, political, professional, religious, and sexual associations.”

As she pointed out, this could include trips of an “indisputably private nature” including “to the psychiatrist, the plastic surgeon, the abortion clinic, the AIDS treatment center, the strip club, the criminal defense attorney, the by-the-hour motel, the union meeting, the mosque, synagogue or church, the gay bar and on and on.”

Justice Sotomayor observed that “Government can store such records and efficiently mine them for information years into the future.”

This is such a dramatic power, Sotomayor warned, that it “may alter the relationship between citizen and government in a way that is inimical to democratic society.”

Dragnet Surveillance Technology as a Tool of Social Control

History is filled with examples of how such information becomes tools, weapons, used by government for political control. One need look no further than J. Edgar Hoover’s dossiers on activists and dissenters, including Dr. Martin Luther King, and how abusive and repressive U.S. Government institutions used such information to target and even destroy the lives of persons whose social justice organizing threatened the status quo.

No longer does an official need to order breaking and entering to pilfer psychiatric records, as John Ehrlichman sought to do to discredit Daniel Ellsberg. In order to find details of a person’s activities, associations and intentions the government can engage in dragnet surveillance, aggregation of information and data mining.

Nor can one be too sanguine about the future. With each resurgence of the social justice movement filling the streets, we have seen a renewed devotion of government surveillance and abuse of anti-terrorism authority to target political organizing in the United States. The Partnership for Civil Justice Fund has uncovered and exposed thousands of pages from just the recent years alone documenting the FBI, DHS, fusion centers and other agencies targeting of dissent.

How People Can Reverse the Tide

While the law hesitatingly lurches forward, society need not wait for the Justices of the Supreme Court to assert leadership and protect our rights, should a majority of the Court ever do so.

How would this look in action? The Baltimore City Council, when it conducts its hearings, should go beyond mere inquiry. It should take action to prevent recurrence and to establish the expectation of the people of Baltimore to not be subject to mass surveillance without their consent.

The Baltimore Council should enact legislation banning deployment of mass surveillance technologies by police or any city agency without prior disclosure, debate and legislative approval. It should establish protocol whereby any such technology must be submitted to the Council for an independently conducted Privacy Impact Evaluation that will disclose all nature of data collected, retention policies, access restrictions, and all other information needed to make an assessment of the impact on individual’s privacy including when aggregated with information from other data collection systems.

The decision whether to permit such surveillance rests with the people of the United States. Technology is a societal asset. The use of technology is controlled by us, society’s expectations of privacy, and not by the outer limits of technological capabilities, which as Ed Snowden has revealed, have virtually no limits at all.