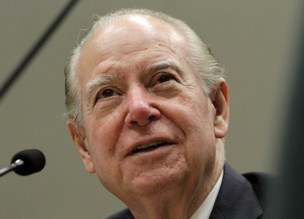 It couldn’t be known until now.

A San Francisco Chronicle article on January 1, 2015 has revealed that former U.S. judges had requested clemency for the Cuban Five in early 2014 by a letter hand-delivered to President Barack Obama.

Nine retired appellate court judges from California, Washington, Montana and Iowa submitted the Feb. 24, 2014 letter to Obama, urging clemency for the three remaining members of the Five, a deed that only became public after Gerardo Hernández, Ramón Labañino and Antonio Guerrero returned home.

Prominent among the letter’s signers is former California Supreme Court justice Cruz Reynoso, the first Latino in that court and recipient of the Presidential Medal of Freedom, the U.S. highest civilian honor, for his life’s work advocating social justice.

The letter to Obama is impressive for the detailed study of the appellate record by the nine justices, including the issue of the U.S.-paid journalists:

“Each of us has examined the relevant appeals record in the case of the “Cuban 5”. We concur with the August, 2005, unanimous opinion of the three-judge panel of the 11th Circuit Court of Appeals, (No. 01-17176) that pervasive community prejudice, intense and inflammatory publicity – in part funded by the federal government – prosecutorial misconduct and denial of multiple motions for change of venue, denied the defendants their constitutional right to a fair trial. We do not agree with the subsequent, divided en banc decision that extensive voir dire cured these fundamental defects.”

Montana attorney Brian Kahn organized the campaign after he learned about the Cuban Five case in 2013. He interviewed Bill Norris, Ramón Labañino’s attorney, for his radio program, “Home Ground Radio” on Yellowstone Public Radio in late February 2013. (available on our website below)

Kahn says, “I felt they’d clearly been denied a fair trial. I felt the most credible source to appeal to the President would be retired appellate justices. A senior Senator – not from Montana – confirmed this, so I set about to find them.

“The justices deserve deep appreciation for their commitment to justice, and putting their names on the line.”

Reaching out to 20 judges in the space of a year, Kahn gave them legal documents from the case, including the 2005 three-judge unanimous decision overturning the Five’s conviction and the facts of the Miami journalists who received U.S. government pay during the trial.

The National Committee to Free the Cuban Five – together with Partnership for Civil Justice Fund and Liberation newspaper – spearheaded the effort to expose the role of Miami reporters receiving pay from the U.S. government, whose coverage of the Five’s arrest and prosecution created a highly-prejudicial atmosphere in Miami that irreparably violated their right to a fair trial.

Gloria La Riva, National Committee coordinator, said, “Exposing the Miami trial farce and the government’s misconduct in paying Miami reporters during the Five’s trial was critical not only to the appeals process, but to the political struggle for the Five’s freedom as well.

“We salute the justices’ call for clemency and Brian Kahn for his creative and steadfast effort, one more part of the worldwide wave of mobilizations for the Five’s freedom.”

On December 19, 2014, the justices sent a letter of appreciation to President Obama.

Eight of the justices are: