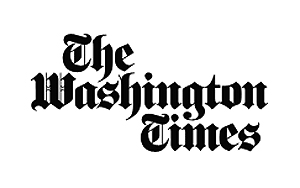 By Andrea Noble - The Washington Times

If nationwide protests against President-elect Donald Trump are any indication, Washington will likely teem with demonstrations on Inauguration Day.

But where protests will be allowed along the inauguration parade route is a point of contention among activists, who are engaged in a court battle with the National Park Service over what they say is an unfair allocation of demonstration space.

Since 1980, the National Park Service has set aside the sidewalks along the White House and three-quarters of Lafayette Park for the exclusive use of the Presidential Inaugural Committee, which sells tickets for seats in viewing bleachers along the route.

But in recent years the Park Service sought to expand the set-aside area to include several blocks of Pennsylvania Avenue and Freedom Plaza.

The Answer Coalition, an anti-war activist group, has challenged the expansion every four years since 2005, arguing that it creates free-speech exclusion zones that violate the First Amendment by granting space to an organization that favors the administration’s viewpoints over competing voices.

The group notes that the area under the inauguration committee’s control now includes the sidewalk abutting the Trump International Hotel, which takes on political significance amid an incoming Trump administration.

This time around, the activists worry that the government’s arguments to support the expansion could have wide-ranging implications on the rights of demonstrators.

“We believe that the government is trying to stage-manage democracy,” said lawyer Mara Verheyden-Hilliard, who is representing the group through the Partnership for Civil Justice.

The Answer Coalition heads Monday to the U.S. Court of Appeals for the D.C. Circuit to argue its case.

The activists were dealt a blow in January when U.S. District Judge Paul Friedman ruled in favor of the Park Service and the Interior Department, which has the authority to grant permits to the inauguration committee.

Judge Friedman ruled that the expansion of the set-aside areas for the Presidential Inaugural Committee are allowed. Although the committee is not a government entity, the judge found its actions qualify as government, not private, and therefore its speech is subject to lesser First Amendment scrutiny.

“It is difficult to conceive of speech more closely associated with the government than the oath-of-office of the Chief Executive of the United States and the celebration of his or her Inauguration,” Judge Friedman wrote.

The Answer Coalition has appealed the ruling, arguing that by deeming the actions of the committee “government speech,” the government would justify the restriction of free speech rights at any demonstration by choosing to support a pro-government group and issuing permits to that group rather than others.

“If the government wins court approval of this radical evisceration of First Amendment rights, you can expect that President Trump will be able to displace protest on public space at will simply by declaring that public fora like our sidewalks and parks are reserved for private organizations espousing a pro-government viewpoint,” Ms. Verheyden-Hilliard said. “If they can do it on Pennsylvania Avenue — ‘America’s Main Street’ — on Inauguration Day, they will do it everywhere they wish.”

Justice Department attorneys defended Judge Friedman’s ruling, noting that 84 percent of Pennsylvania Avenue sidewalks lining the parade route will be available to the Answer Coalition, other demonstrators and the general public.

“For the Inauguration, NPS took careful steps to increase the areas along Pennsylvania Avenue that would be open to members of the general public and demonstrators, thereby reducing the amount of space that had traditionally been set aside for [Presidential Inaugural Committee] bleachers,” wrote government lawyers from the U.S. attorney’s office for the District of Columbia.

They argued that the Supreme Court has made clear that “the government is entitled to use government property to engage in government speech as long as such use is within reason.”

“Although it is true that PIC is a private entity, it is a special kind of private coordinating entity that exists solely to further the speech of the newly elected President, as recognized by statute,” Justice Department attorneys wrote.

The case will be heard by D.C. Circuit Judges Sri Srinivasan, Patricia Millett and Nina Pillard.