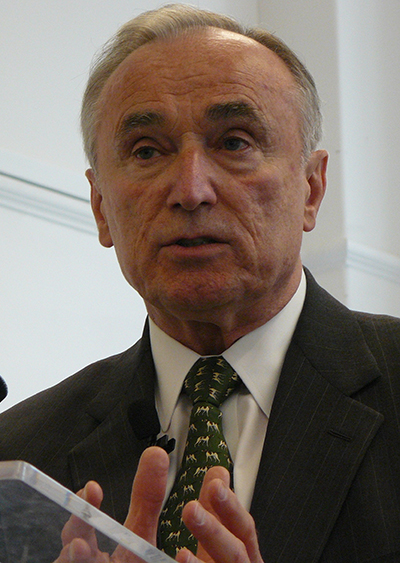 The Partnership for Civil Justice Fund condemns the decision of the New York City government to target free speech activity with a newly created NYPD 'anti-terrorist' unit. The PCJF calls for the unit to be disbanded and for Mayor De Blasio to make a clear statement that under no circumstances will peaceful free speech activity be treated as potential terrorist activity. The PCJF is currently litigating the class-action lawsuit on behalf of hundreds of Occupy Wall Street protesters who were mass arrested on the Brooklyn Bridge.

NYPD Commissioner Bill Bratton announced that the 350-officer Strategic Response Group unit, armed with machine guns and other special weaponry, has been "designed for dealing with events like our recent protests, or incidents like Mumbai or what just happened in Paris."

PCJF Executive Director Mara Verheyden-Hilliard said, "The comparison of Black Lives Matter and other large protests to violent terrorist attacks is an outrage and an insult to the hundreds of thousands of people who have been marching across the country against racism and for police reform."

"Thousands have marched in a massive civil rights movement demanding police reform, and the NYPD has decided to respond to the community instead by arming the police with machine guns," Verheyden-Hilliard continued.

Carl Messineo, PCJF Legal Director, stated, "The announcement accelerates a nationwide pattern of local and federal policing agencies abusing their counter-terrorism authorities to spy on and suppress First Amendment-protected activities. These agencies have manipulated the 'war on terror' to pull in new resources, staff and equipment at U.S. tax-payers' expense. They have become paramilitary units policing a civilian population. Training domestic police agencies to treat the civilian population engaged in free speech as a military target is incompatible with a democratic society."

A multi-year investigation by the PCJF uncovered how law enforcement agencies across the United States, including the Department of Homeland Security, the FBI, Fusion Centers and local police forces, were involved in the local monitoring of and coordinated crackdown on the Occupy Wall Street movement in 2011. The peaceful protests were routinely categorized and treated as potential terror incidents.

Messineo added, "For a police commissioner to suggest that the Black Lives Matter movement, or other peaceful protesters, could potentially have machine guns pointed at them and be treated as terrorist threats in itself sends a chilling message against the exercise of First Amendment rights."

Mayor Bill De Blasio, who is reported to have signed off on the Commissioner's new unit, gained exposure as a Public Advocate by proclaiming himself in support of the Occupy movement's general aims, and insisting that then-mayor Michael Bloomberg not act to suppress it. But now in office, the De Blasio administration is asking the Second Circuit Court of Appeals for the express authority to engage in the mass arrest of protesters when they take to the streets peacefully.

The PCJF represents and provides legal assistance to people engaged in free speech activity across the United States. The PCJF is litigating the class-action lawsuit on behalf of hundreds of Occupy protesters who were mass arrested on the Brooklyn Bridge. Its Freedom of Information Act work exposed the domestic spying of the FBI and other U.S. agencies on peaceful protesters, including the Occupy movement. It has brought class action cases in which more than 1,000 persons were falsely arrested during protests in Washington, D.C., resulting in settlements totaling $22 million and major changes in police practices.