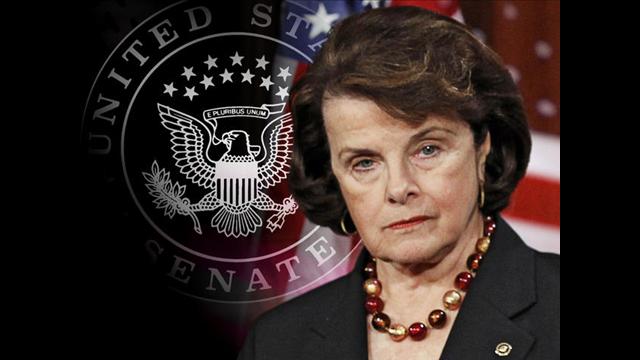 The California Democrat, chairwoman of the Senate Intelligence Committee, has announced plans for a series of hearings to conduct a "major review of all intelligence data-collection programs involving Americans."

"This will be the primary order of business for the committee this fall and will be used to develop proposals to increase transparency and improve privacy protections for these vital national security programs," Feinstein said in a recent statement.

Critics doubt that the hearings will prompt Congress to end or limit domestic spying.

"These (hearings) are, in fact, designed to be window dressings," Carl Messineo, legal director for the Partnership for Civil Justice Fund, said Friday. "What Sen. Feinstein is doing is trying to create a small illusion of oversight and at the same time to keep the domestic spying juggernaut increasing in momentum and scope."

No hearings have been scheduled yet. Most, if not all of them, will be closed to public. Most intelligence committee hearings take place behind closed doors to discuss classified information.

Feinstein announced the hearings soon after Obama on Aug. 9 outlined his plan to boost privacy safeguards within the National Security Agency's surveillance programs and reassure Americans that spying is necessary to keep them safe.

Earlier this year, former NSA contractor Edward Snowden leaked classified material to the British newspaper The Guardian and The Washington Post, sparking a bipartisan uproar on Capitol Hill and from privacy advocates.

The Guardian reported that the NSA collected millions of customer phone records from Verizon Corp., and the Post wrote that the administration had access to servers of Internet firms Yahoo, Google, Apple and Facebook.

At the time, Feinstein dismissed the revelations as "nothing new" and said the "routine" activities were legal under the Patriot Act. Congress passed that law after the Sept. 11, 2001, attacks to thwart terrorist activity in the U.S. and abroad before they culminate in future strikes.

But critics argue that the Obama administration is abusing the law and violating the privacy of millions of innocent Americans under the pretext of catching terrorists.

Two Democratic members of the Senate Intelligence Committee -- Ron Wyden of Oregon and Mark Udall of Colorado -- are among the most vocal critics of Obama's surveillance policies and his steadfast backers like Feinstein.

Wyden and Udall are part of a bipartisan group of lawmakers pushing for congressional reforms that would, for instance, require the White House to declassify "significant" rulings by the secret Foreign Intelligence Surveillance Court -- which considers spying requests -- and require civil-rights advocates to be present when the court is in session.

Obama's reform plan includes some of those ideas. His proposals, which haven't been fleshed out, would tighten restrictions on how the NSA can use telephone data it gathers, appoint privacy advocates to intelligence-court proceedings and declassify some court rulings.

Three rulings declassified on Wednesday showed that the NSA mistakenly intercepted up to 56,000 Internet communications from Americans with no ties to terrorism.

Feinstein has her own reform package.

One of her proposals calls for the FBI to provide an annual tally of the number of warrants it obtains to search phone records. Under another proposal, members of Congress would be able to read all court orders approving surveillance of U.S. residents -- but only in a "secure location." A third measure would require the intelligence court to review every query NSA submits to a surveillance database "to determine its propriety under the law."