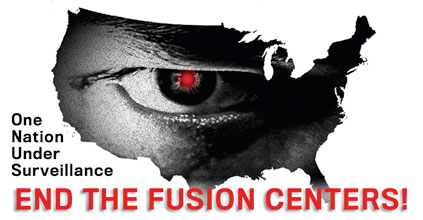 The Department of Homeland Security (DHS)-funded Fusion Centers used their vast anti-terrorism and anti-crime authority and funding to conduct a sprawling, nationwide and hour-by-hour surveillance effort that targeted even the smallest activity of peaceful protestors in the Occupy Movement in the fall and winter of 2011. This spying effort was exposed in a report issued today by the Partnership for Civil Justice Fund (PCJF) based on 4,000 pages of government documents obtained by the PCJF.

The new documents roll back the curtain on the Fusion Centers and show the communications, interactions and emails of a massive national web of federal agents, officials, police, and private “security” contractors. They accumulated and shared information reporting on all manner of peaceful and lawful political activity that took place during the Occupy movement, from protests and rallies to meetings and educational lectures. This enormous spying and monitoring apparatus included the Pentagon, FBI, DHS, police departments and chiefs, private contractors and commercial business interests.

To read the full PCJF report on the Fusion Centers' domestic spying operation, follow this link. Sections of the report include: