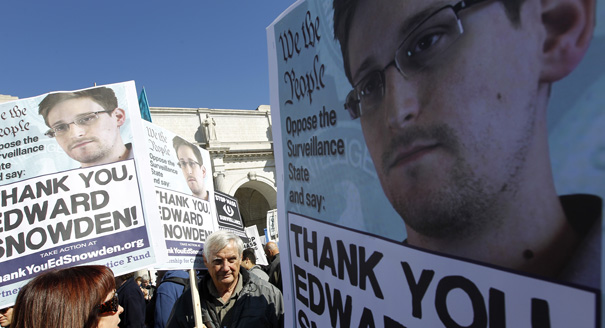 Edward Snowden will soon be following Washingtonians around D.C. — or at least his face will.

The Partnership for Civil Justice Fund announced Wednesday that buses carrying ads with the National Security Agency leaker’s face next to the message, “Thank You Edward Snowden,” will be hitting the streets of the D.C. area next week.

The group has been raising money to support the ad campaign and put a mockup of what the ad might look like on the website where they are asking for donations.

“The elites in D.C. may not ride the bus, but they can’t avoid reading the bus!” the group wrote on its donation site.

The Thank You Edward Snowden campaign also includes a participatory online message of support, which as of Wednesday afternoon had nearly 14,000 signatures.

PCJF said it had raised $10,200 to date and hopes to continue to expand the campaign.

According to CBS Outdoor, which handles advertising on Metro, wrapping a single bus for four weeks costs $5,000. Advertisers cannot control which route the bus operates on.