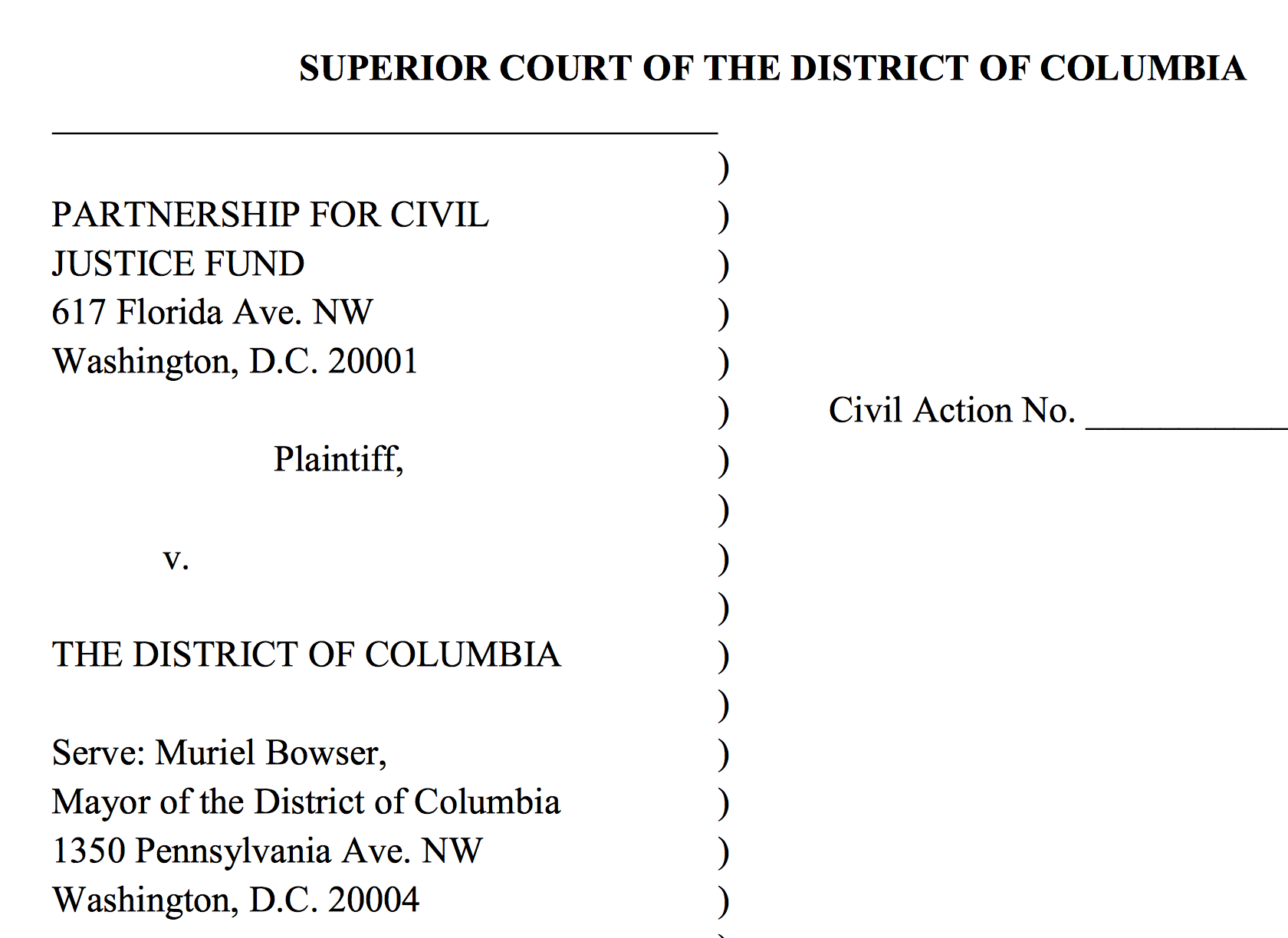 Auditor's “Management Alert Letter” to DC Police released, advising that the MPD appears to be in violation of its legal obligations regarding Trump protest

The Office of the District of Columbia Auditor (ODCA) issued a report today criticizing the D.C. Metropolitan Police Department for failing to abide by the law and refusing to release to the Partnership for Civil Justice Fund documents regarding Chief Peter Newsham's controversial handling of the January 20th protests against the incoming Trump Administration.

The MPD conducted a mass dragnet arrest of hundreds of people, including demonstrators, observers and members of the press who are being prosecuted and threatened with decades of incarceration. The Partnership for Civil Justice Fund is currently litigating against the MPD over this matter seeking disclosure of information the police are required by law to make public, but are concealing.

Mara Verheyden-Hilliard, Executive Director of the PCJF stated: “The DCMPD and Chief Newsham are standing in willful disobedience of their legal obligations to disclose information under the First Amendment Rights and Police Standards Act and the D.C. FOIA.

“It is unconscionable that hundreds of individuals are facing decades of imprisonment as a consequence of the MPD's illegal mass dragnet arrest and at the same time Police Chief Peter Newsham is defiantly refusing to disclose relevant information in direct violation of the law that it 'shall be made available to the public on request.' Peter Newsham, who has previously been reprimanded for his unconstitutional handling of demonstrations seems determined to take the District back to a dark period of its history when the police routinely ran roughshod over the constitutional rights of the people to engage in dissent.”

The ODCA report includes previously unreleased correspondence between the D.C. Auditor Kathy Patterson and Chief Newsham in which, “citing transparency as a key element” of the MPD's codified legal obligations, the Auditor sent a “Management Alert Letter” on April 14, 2017 stating “it appears that MPD is violating the above-cited transparency provision by not having made one or more commander’s reports available on request. I recommend that you release all relevant commanders’ reports forthwith to the PCJF.”  In the correspondence just released to the public, Newsham reiterated his refusal to do so.

The Auditor's report released today makes clear that the MPD, as the PCJF has stated, is required by law to release the information and concludes, “we are hopeful that the Court [in the PCJF's lawsuit] will compel the Department to meet the law’s requirement.”