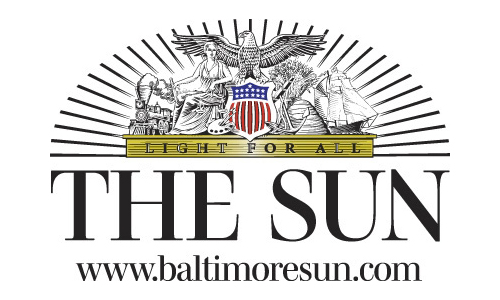 By Andrew Michaels
for the Laurel Leader / Baltimore Sun

The Laurel Police Department is facing a federal civil rights lawsuit charging an officer with publicly strip searching a man during a traffic stop based on racial profiling.

The Partnership for Civil Justice Fund filed the lawsuit jointly with the Washington Lawyers' Committee for Civil Rights and Urban Affairs in U.S. District Court Thursday on behalf of Allan Sergeant, 50, of Hyattsville.

The lawsuit states that on March 9, 2014 at around 7:30 p.m., Laurel police officer Alfie Alcol stopped Sergeant's car in the parking lot of the Laurel CVS at 15100 Baltimore Ave., ordering him out of the car. The complaint states that Alcol then frisked and searched Sergeant, unbuckling his belt, pulling down his pants and underwear and forcing him to have a visual strip search in public view.

Although the Laurel Police Department had not been served with the complaint on Thursday, spokeswoman Audrey Barnes said an internal investigation was conducted after the March 2014 incident.

"We found that the officer [Alcol] did violate several department policies and guidelines," Barnes said. "He was disciplined and we took department-wide corrective measures, meaning retraining of officers in search and seizure."

Following the retraining, Barnes said, Alcol returned to the department and "we have had no complaints about him."

According to the complaint, Sergeant's rights were violated without just cause "because he is black and was driving while wearing his hair in dreadlocks." The lawsuit states Sergeant received no explanation for the stop, was never under arrest and was not charged with any crime. The complaint also states Alcol, who is Filipino, was assisted by another officer, unidentified in the complaint, who watched and did not intervene.

In a released statement, Laurel city officials said, "the city unequivocally denies that the traffic stop, which was initiated by a call about a suspicious vehicle was the result of any racial profiling, or that racism of any type was involved."

The release also said that city officials and the Laurel Police Department "also adamantly deny that the victim in this incident was strip searched, and his body exposed to public view by our officers."

The lawsuit seeks redress for the deprivation of fundamental constitutional rights.

It states: "It is a basic right of persons in the United States to travel freely without being seized by armed agents of the state without just cause, a right denied to Mr. Sergeant because he is Black and was driving while wearing his hair in dreadlocks. … This terrifying, intrusive, substantial, and unwarranted invasion of privacy was a repulsive act … of profound humiliation and dehumanization. It was carried out … as a signal and means of subjugation and degradation without any lawful purpose whatsoever."

This story has been updated.

Melanie Dzwonchyk contributed to this story.