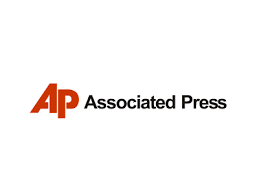 from the Associated Press —

A proposed $2.2 million settlement of a case that started with the arrests of hundreds of protesters in 2002 would change the way U.S. Park Police handle mass protests.

The Partnership for Civil Justice Fund, which is representing several plaintiffs in the case, announced Monday that U.S. District Judge Emmet Sullivan issued preliminary approval for the settlement of the 12-year-old class action suit last week. The partnership calls the proposal a victory for First Amendment Rights and suggests that the changes be adopted more widely.

"Although many media pundits and politicians have suggested that the social justice movement and the free speech and assembly rights of protesters have to be constricted for the sake of security and order, this settlement disproves that myth," partnership Executive Director Mara Verheyden-Hilliard said in a statement. "There is simply no basis by which any other jurisdiction's police department can legitimately claim it cannot enact these procedural standards that conform to fundamental constitutional requirements."

The suit stems from about 400 arrests during International Monetary Fund and World Bank meetings in 2002. Most claims arose from the arrests, in which demonstrators were corralled in Pershing Park near the White House and in many cases tied from wrist-to-ankle.

A previous $8.25 million settlement with D.C. police declared all arrests in the case null and void. Under the proposed settlement, the FBI would work to fully expunge those arrests across criminal justice databases.

The settlement outlines changes to policies for the U.S. Park Police, who are responsible for areas in front of the White House and other key security sites.

The changes include prohibiting encircling protesters with police lines except when they have probable cause to believe that a significant number in the group have committed unlawful acts. In that situation, police must be able to identify those people and must have decided to arrest them. Also, the area must need to be closed to maintain order and public safety while arrests are made.

The changes also require particularized probable cause for any protester arrest and giving fair notice before Park Police carry out a mass arrest or help another agency seeking to make mass arrests.

Assembled groups would get at least three warnings to disperse before lawful arrests. The warnings would be at least two minutes apart, would be audible throughout the crowd and would identify exit routes. If Park Police are assisting another agency, they would work with the that group to ensure warnings are given and exit routes are announced.