About the Partnership for Civil Justice Fund 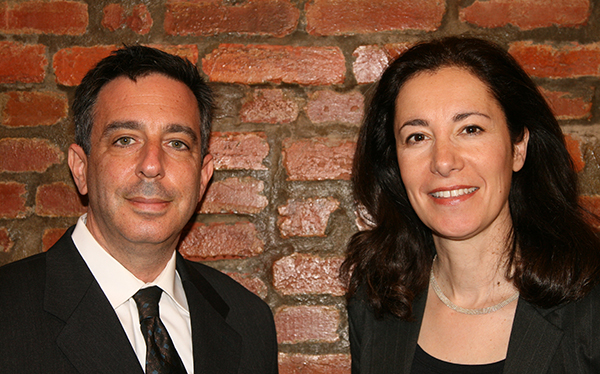 The Partnership for Civil Justice Fund is a public interest legal organization that brings a unique and cutting edge approach dedicated to the defense of human and civil rights secured by law, the protection of free speech and dissent, and the elimination of prejudice and discrimination. Among the PCJF cases are constitutional law, civil rights, women's rights, economic justice matters and Freedom of Information Act cases.

Founded by Carl Messineo and Mara Verheyden-Hilliard, who the Washington Post has called “the constitutional sheriffs for a new protest generation,” the PCJF’s work includes landmark constitutional rights litigation, often concentrated in the areas of free speech, assembly or other protected political organizing activity. The PCJF’s litigation program works alongside an equally important programmatic emphasis on education and outreach.

The PCJF’s hard-hitting investigative work and transparency program has forced the disclosure of thousands of government documents about secret and illegal surveillance programs resulting in groundbreaking analysis and exposés. This work has revealed the government’s use of anti-terrorism agencies and funding against peaceful political protest in America.

The Partnership for Civil Justice Fund filed the successful lawsuit challenging Washington, D.C.’s military-style checkpoint program in the predominantly African-American Trinidad neighborhood, and won a unanimous victory from the U.S. Court of Appeals for the D.C. Circuit which ruled the seizure and interrogation police checkpoint program to be unconstitutional (Mills, et al v District of Columbia).

The PCJF also secured a landmark victory for women and girls in the United States requiring the government to make access to emergency contraceptives available over-the-counter without restrictions.

Among other cases, PCJF attorneys have served as lead counsel in Bolger, et al. v. District of Columbia, Civil Action No. 03-906, U.S. District Court for District of Columbia (obtaining settlement in favor of political activists who were targeted, interrogated, and falsely arrested by law enforcement based on political affiliation; obtaining major sanctions against the Attorney General's office for discovery abuse); in A.N.S.W.E.R. Coalition v. Norton, Civil Action No. 05-00071, U.S. District Court for the District of Columbia (successfully enjoining permitting system restricting public attendance along Presidential Inaugural Parade route); in National Council of Arab Americans, et al. v. City of New York, et al, Civil Action 04-6602, U.S. District Court for the Southern District of New York, (successfully challenging New York City's efforts to discriminatorily restrict mass assembly in the Great Lawn of Central Park stemming from the Republican National Convention protests of 2004); International Action Center v. City of Philadelphia, Civil Action 01-2217, U.S. District Court for the Eastern District of Pennsylvania (enjoining Philadelphia’s use of protest permitting system and application of youth curfew in the context of free speech activities). The PCJF’s attorneys obtained a $5 million judgment at trial in favor of a low wage worker suing for employment based discrimination and retaliation in McCrae v. Daka, D.C. Super. Ct., No. 7505-97 (verdict 2000) which was the largest verdict ever obtained on behalf of an individual claimant in the District of Columbia under the Human Rights Act.

Much of the PCJF's work has focused on the intersection of First and Fourth Amendment rights -- the right to freedom of speech and the right to be free from illegal police seizure. Litigation by the PCJF’s attorneys was the first to expose the use of the FBI's Joint Terrorism Task Force against political activists and also revealed that the Washington, D.C. police department maintained a domestic spying operation in which police officers were sent on long-term undercover infiltration assignments posing as members of protest groups to report on political activities, even in the absence of allegations of criminal activity. The Partnership for Civil Justice Fund has also challenged and exposed government false claims of "national security" often used as a pretext for illegal disruption of, and surveillance on, political activities.

The PCJF is pioneering a new training model to empower attorneys and activists nationwide.   Putting tools directly in the hands of activists/organizers to advance their fundamental rights, PCJF attorneys have provided training and resource materials to trade union leaders, high school organizers, college students, and free speech and anti-police brutality community activists.  This program provides political activists with the tools necessary to independently assert free speech rights and seek government accountability, including training in how to engage in public records requests and Freedom of Information Act demands and other tools for government transparency in cities and towns around the country.

Attorneys at the PCJF have worked to defend targeted communities, including the Arab and Muslim community, providing both legal support and Know Your Rights educational information. We defended Voices in the Wilderness, co-founded by Kathy Kelley, when the U.S. government sought to impose fines of tens of thousands of dollars on the group of humanitarians for their having brought medical supplies to sick and dying children in Iraq during the years of sanctions. We joined with human rights lawyer Jennifer Harbury in her legal efforts to seek justice from U.S. officials for the torture and killing of her husband Efrain Bamaca Velasquez in Guatemala. We worked with former U.S. Attorney General Ramsey Clark in the effort to stop the U.S. government from its role in the gruesome executions of former officials in Iraq.

Attorneys from the PCJF have appeared extensively in the mass media, including on NBC, CBS, ABC, CNN, MSNBC, FOX, C-Span, on NPR and Pacifica, in print media including in theWashington Post and New York Times, as well as in international media.

We need your help to carry out this work. Please consider supporting this work today by clicking here.