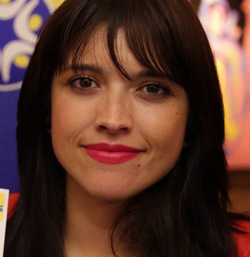 Two years ago today, I was one of 700 peaceful protestors who were illegally trapped, detained and mass arrested on the Brooklyn Bridge.

We had been escorted onto the Brooklyn Bridge by senior officers of the New York City Police Department until they abruptly turned around halfway across the bridge and began mass arresting us.

The handcuffs came out. The orange police netting was pulled across the base of the bridge so we couldn’t leave.

I was shocked. We were trapped. We couldn’t leave. Parts of the crowd started to panic and many feared that we would be crushed by compression from the dangerous police action.

As shocking as the day’s events were at the time it is impossible to overstate the impact of this mass arrest had on all of us.

I was a public school teacher. Other teachers were there. So too were nurses, city workers, students, tourists, restaurant workers and people from all walks of life. Some were moms and dads who were going to be picking up children later that day.

Our right to protest, and to free speech, were violated that day. But it did not end there. Over the next 22 months, I went to court a total of ten times for this false arrest. Now, nearly two years later, my charges of disorderly conduct have finally been dismissed on account of the government's failure to provide a speedy trial.

When we marched on October 1, 2011, people were filled with idealism and enthusiam.

We were marching as part of the then new Occupy Movement that was sweeping New York City and the country. We were hopeful that change was coming and that we could help bring the change.

Our parents' generation mobilized for civil rights, human rights, women’s rights and peace. Their efforts made the country a better place.

Now we were marching against growing income inequality. We were standing together against the twin evils of crushing student debt and youth unemployment – or low wage dead end jobs that are the curse of my generation.

The first tents went up in Zuccotti Park on September 17, 2011. Ten days later, our arrests on the Brooklyn Bridge gained worldwide attention. The arrests were designed by the police to send a powerful and chilling message to each and every one of us: “you better think twice before you participate in a mass demonstration because any activity – including the most peaceful protest – can lead you to being locked up, facing criminal charges, possibly acquiring a criminal record that will last a life time, and missing work time and time again if you dare to seek to press ahead for a trial that would exonerate you."

The Constitution says we have a right to a speedy trial — a right that the City once again violated. If one is not tried within 30 days, the case can be dismissed. The City claimed after two years we were only technically at day 28. Thankfully, the judge did know how to count and dismissed the charges, after my lawyer filed a motion. The technical count was 237 days.

I’m very relieved to have this behind me, glad to know I won’t have to spend another day hearing the same tired response from the City. I’m glad I was able to stick it out. I'm fortunate that I didn’t have to care for a sick family member or a small child and that I had a union job, the kind where my employer could not just fire me outright because I had to take time off. This is not the case for millions of working people who can’t take one day off, let alone one every other month for two years.

I am relieved but neither I nor the 700 other people who were wrongfully arrested two years ago are satisfied.

The Constitution of the United States promises the people that we have the right to assemble and to redress grievances. The police tactic of mass arresting peaceful protestors makes a mockery of the First Amendment. We cannot let this stand. We must use the courts to reassert our rights and hold those who violated our rights accountable.

I am grateful for the support shown to us by the attorneys from the Partnership for Civil Justice Fund and criminal defense lawyer Jennifer Bonjean.

I am a named plaintiff in the class-action lawsuit the Partnership for Civil Justice Fund filed immediately following our arrest. It is a lawsuit to hold the government accountable for trampling on our rights. Instead of being intimidated into silence, we are saying through this lawsuit that we will defend those rights. We have already succeeded at the lower court, where the government's motion to dismiss our suit was denied, and we are currently awaiting a decision from the U.S. Court of Appeals for the Second Circuit where our lawyers argued the case in April 2013. We know we stand on the side of justice and we are pursuing our rights with the greatest determination.

Today marks the second anniversary of the Brooklyn Bridge mass arrests that took place during the first weeks of the Occupy Wall Street movement. The Partnership for Civil Justice Fund filed a class-action lawsuit, Garcia v. City of New York, for the false arrests. To read the legal documents related to this case, click this link.