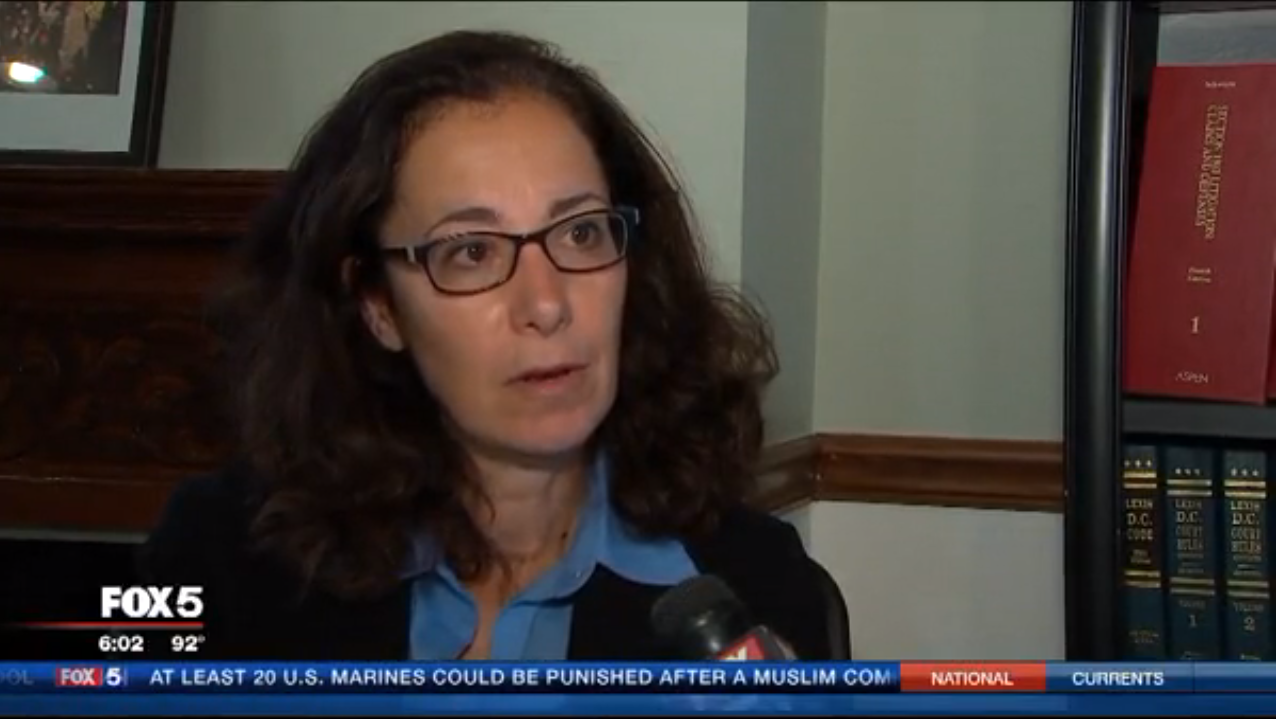 Evidence introduced in court is generally considered public information, but D.C. attorney general Karl Racine has invented a new legal theory when it comes to video evidence taken from the Metropolitan Police Department's body cameras. He says it belongs to the MPD and cannot be made public. The PCJF hit back at this unconstitutional policy, which shows the fatal flaw in police body camera programs across the country: police departments retain control and discretion over the footage and when it's released. Hiding body camera footage from the public subverts the demands for police accountability that have resulted in the cameras' deployment.

On Fox 5, PCJF Executive Director Mara Verheyden-Hilliard explained: "I find it incredible that the attorney general’s office would suggest that anything that is put into the public record as evidence in open court can now somehow be taken back under the cloak of the MPD.  ... You can't do it that way.”

Verheyden-Hilliard was also interviewed on WPFW's "Community Watch and Comment" by Gloria Minott about the body camera controversy — listen below.