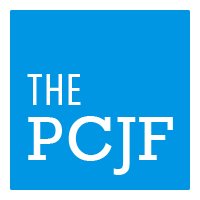 An outrageous assault on free speech

"The Secret Service's security failures inside the perimeter of the White House grounds do not provide a legitimate basis for extinguishing the First Amendment rights of the American public outside those grounds, on the White House sidewalk and Pennsylvania Avenue, and should not be used as a pretext to accomplish those aims," stated Mara Verheyden-Hilliard, constitutional rights attorney and Executive Director of the Partnership for Civil Justice Fund.

"Closing the White House sidewalk or Pennsylvania Avenue to protest, or setting up checkpoints, would be an outrageous assault on free speech rights in the United States," stated Ms. Verheyden-Hilliard. "In fact, any such action would be an unconstitutional abridgment and illegal removal from public access of one of the most important, vibrant, historical and critical public fora that exists for the purpose of free expression."

"The lifeblood of democracy is the access by the people to public and proximate space to influence the government which returns regularly to proposals to keep the people as far away as possible," stated constitutional rights attorney Carl Messineo, Legal Director of the PCJF. "Time and again the government has tried to restrict access to public space for free speech activities, and time and again it has been up to a vigilant public and civil liberties advocates to stop these incursions."

The White House sidewalk and Pennsylvania Avenue are a central site for demonstrations and pickets as people come to petition their government.

The first mass assembly protest in front of the White House in the post 9-11 period took place on Sept. 24, 2005, when the Partnership for Civil Justice Fund successfully obtained a permit for an anti-war demonstration overcoming the government's four-year ban on such activity. Approximately 300,000 people marched on Pennsylvania Avenue directly in front of the White House. It was the first mass assembly that had been allowed there in those four years and since then (as prior to September 11) there have been many demonstrations, spontaneous or planned, large and small.

Last September, when President Obama held a Rose Garden press conference about the possibility of new airstrikes on Syria, the White House press corps reported that antiwar protesters on the White House sidewalk could be heard in the background of their live feeds. Officers immediately began ordering protesters off of the adjacent sidewalk where they had lawfully assembled. The Associated Press reported that these proposed new restrictive regulations on access to public space around the White House are the product of previous planning for a change in policy. This recent incursion is being used as the pretext, the triggering event for the public unveiling of the proposals.

"This is not just about 'security' concerns," stated Ms. Verheyden-Hilliard. "This is part of a growing trend that we are fighting in the removal of public space from the people, to whom it rightfully belongs."

We are witnessing a systematic effort in Washington, D.C., and around the country to restrict access to spaces where the public has gathered together for the exercise of cherished free speech rights, to engage in dissent and redress grievances. Each effort to reduce the use of public space for protest and assembly has been heralded by an urgent pretext of either "national security" or the protection of public space from the normal, incidental effects on land and grass of public use.

The Partnership for Civil Justice Fund has brought constitutional rights litigation as well as national public advocacy campaigns to keep public space open and available to the public. The PCJF successfully litigated the right of the people to have mass assembly on the Great Lawn of Central Park when the Bloomberg administration sought to close the area to protest under the pretext of protecting the grass. Similarly, in 2008 the PCJF launched a successful campaign to stop the National Park Service from driving mass protest from the National Mall also under the pretext of protecting the grass, a challenge that six year later is returning to the fore. The PCJF brought the litigation that struck down the D.C. police department's unprecedented military-style checkpoint program winning a unanimous ruling at the U.S. Court of Appeals for the D.C. Circuit which found the checkpoints unconstitutional. The PCJF is currently litigating the right of access for free speech along Pennsylvania Avenue at the Inauguration (as it has since 2001) as well as bringing numerous other free speech and public space cases.