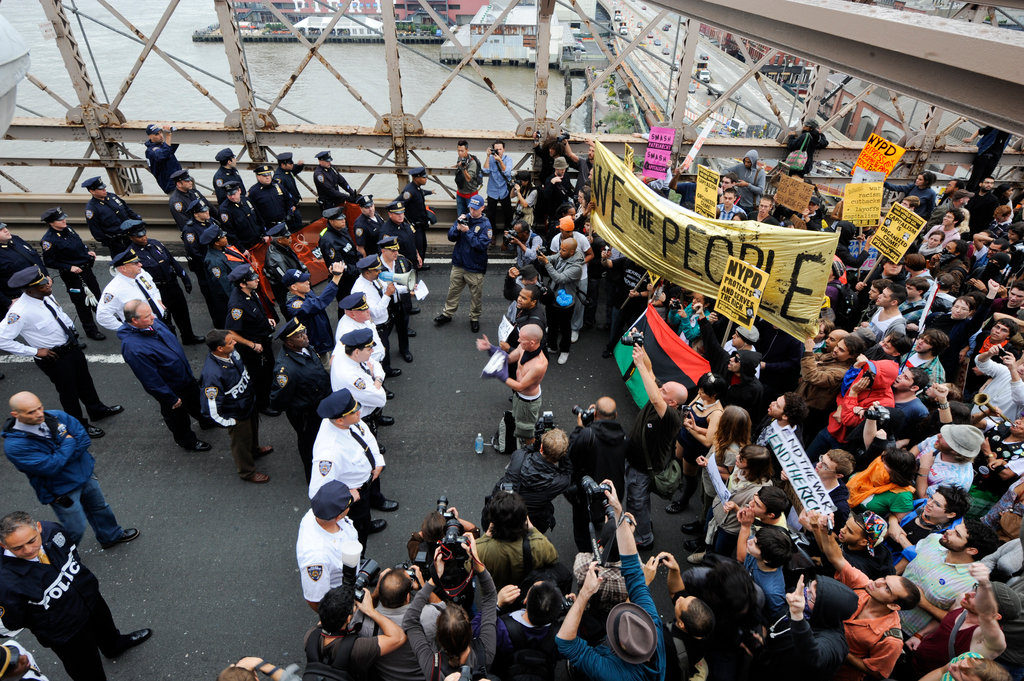 Yesterday, the Supreme Court turned its back on the First Amendment and denied the petition for certiorari in Garcia v. Bloomberg, the constitutional rights case challenging the mass false arrest of 700 peaceful people on the Brooklyn Bridge in 2011 - the largest mass arrest in New York's history and a turning point in the Occupy movement.

In refusing to consider the arrestees' appeal, the Court let stand a Second Circuit ruling that poses a clear and present danger to democracy, free speech and a free press. That ruling threatens all those who would join a peaceful police-escorted demonstration, or report on it, that even if they comply with all police directives they can nonetheless be arrested with no warning and be subject to years of prosecution and possibly years of imprisonment.

The obvious constitutional infirmity of this position, which has been rejected by every other circuit that has considered it, makes it likely that this matter will come up through the courts again. When it does the Partnership for Civil Justice Fund is prepared to again defend and stand with those who are arrested merely for exercising their First Amendment rights, as we have in other landmark cases that have successfully altered police response to protest. While this case has ended, this fundamental issue remains alive as the American people engage in protest and dissent in record numbers.

This case has been hard-fought for more than five and a half years and it has been an honor to represent the plaintiffs in this case, who have been steadfast in their determination to win justice.

The Partnership for Civil Justice Fund has been on the front lines of the defense of people’s rights to demonstrate without fear of unjust arrest and the right to access public space for dissent, and we will continue to prioritize this essential fight for freedom. To do that we need your support. Please make a donation today to support the continued work of the PCJF, and help preserve our vital right to demonstrate, a right which became all the more necessary, and all the more in peril, on Jan. 20 with the installation of Donald Trump as President. Join us in fighting back.

Thank you for standing together with us. We can meet every challenge head-on knowing you and PCJF supporters nationwide are by our side.