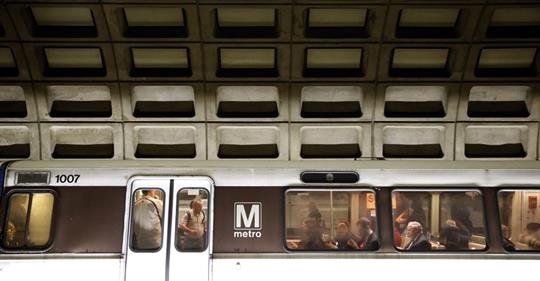 The following statement by Mara Verheyden-Hilliard, constitutional rights attorney with the Partnership for Civil Justice Fund, on the just-announced proposal to provide private Metro cars for “Unite the Right” rally participants in Washington, D.C. was released to the press today (August 4, 2018):

The proposal to turn Metro into a private livery service for Nazis is outrageous and unconstitutional.

Police Chief Peter Newsham, Councilman Jack Evans, and Metro GM Paul J. Wiedefeld cannot condition Metro access, or any portion of Metro, on ascribing to Nazi and white supremacist beliefs and bar those who reject racism. The First Amendment prohibits such viewpoint based discrimination and filtering for access.

And what will they require in screening for entry, a sieg heil at the door or a hood?

The government must not take action to curtail First Amendment rights nor may it use tax payer dollars to provide services conditioned on viewpoint. And the suggestion that the fascists should be protected from counter-protesters turns reality on its head. It is these fascists who marched with torches and threatened the Black community in Charlottesville, threatened Jewish people, beat anti-racists, and who contained in their ranks a racist murderer who killed Heather Heyer.

Neither Metro nor the police should act as private security or escorts for white supremacists who choose to come to Washington, D.C.. ATU Local 689 members and Metro workers should not be required to act as their chauffeurs.

The Partnership for Civil Justice fund is providing legal support to demonstrators planning to protest against the message of the white supremacists on August 12 and has assisted in securing permitted space in Lafayette Park in front of the White House for the anti-racist assembly.

Mara Verheyden-Hilliard is a constitutional rights lawyer who has represented thousands of protesters in Washington, D.C. and around the country. She is executive director of the Partnership for Civil Justice Fund, which was class counsel in the Pershing Park mass arrest and other litigation that resulted in major changes to the District’s laws and policies regarding protests as well as more than $25 million in damages to falsely arrested and brutalized persons.