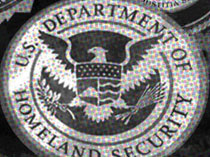 Documents obtained by the PCJF showed that the FBI and other law enforcement and U.S. intelligence agencies extensively monitored and communicated about the Occupy movement. The first batch of documents is just the tip of the iceberg and we are fighting for more. These explosive documents showed that federal law enforcement carried out its operations against the Occupy movement using its "anti-terrorism" authority despite the FBI's admission that it was "peaceful."

The New York Times, CNN, The Huffington Post, Democracy Now! and scores of other media outlets around the world carried the story and the questions raised about the activities of the FBI. Articles about this FBI exposure by the PCJF have been written in Spanish, German, Arabic, French, Italian, Swedish and Greek, among other international media coverage. The FBI was forced to issue a public statement attempting to justify its clearly political intervention against a protest movement seeking social change.

Below is a sample of the extensive news coverage of this discovery, including interviews and analysis with the PCJF staff that fought for the documents' release.