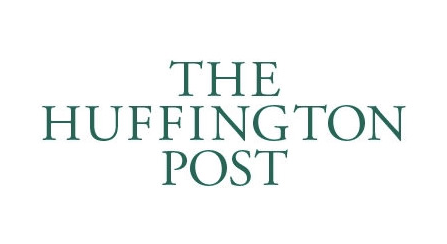 WASHINGTON -- The District of Columbia's Office of Police Complaints issued a scathing report this week on how officers with the Metropolitan Police Department continually fail to identify themselves to citizens. Since 2006, the office fielded about 400 complaints on this issue.

In some cases, the officers allegedly retaliated against citizens after they complained by writing them a traffic ticket or arresting them. In 7 percent of the cases, the officers refused to identify themselves to good Samaritans, witnesses to a crime or crime victims.

This has been an issue in the city for more than a decade. In 2004, D.C. passed the First Amendment Rights and Police Standards Act to reform the way the department handles demonstrations and how individual officers are required to identify themselves.

“It's a fundamental problem,” explained Mara Verheyden-Hilliard, an attorney and co-founder of the Partnership for Civil Justice Fund, whose cases helped spur the police reforms. Being able to shield their identity, she said, gives the officers “the green light to violate people’s rights with impunity.”

But two years after the legislation passed, residents were still filing complaints on the issue. The OPC's board recommended that cops hand out business cards. Although the MPD agreed, it did not require officers to have them, nor did it appear to have a uniform standard. The OPC noted that in some cases officers created business cards in such a way that it made it unclear as to whether the cop was a real officer or impersonating one.

The OPC found one card that included “the ‘skull and crossbones’ logo, with knives in place of the crossbones and a cobra on the top of the skull.” On the back, there was a quote from the Bible: “The wicked flee when no man pursueth; but the righteous are as bold as a lion.” Another card, also featuring a skull and crossbones, included the Latin phrase “Veneratio, Officium, Silentium,” which translates to “respect, duty, silence.”

“We identified a pattern of complaints that had developed and determined that there was a need to take a closer look at the reason why there was a high number of allegations of officers failing to identifying themselves,” explained Mike Tobin, the OPC's executive director.

The OPC reported a wide range of complaints. In one case, an officer allegedly refused to provide ID to a witness to a car accident. In another, a citizen went to a police station to provide information about a murder. An officer at the front desk asked her for ID. When the citizen realized she didn’t have her license on her, she offered her tag number and a piece of mail with her name on it. The officer said that was not good enough and told her to leave. After asking the officer for their name, the cop said: “I think you better get out of here, before I lock you up for not having an ID.”

"We support the recommendation of improving the identification of officers," MPD spokeswoman Gwendolyn Crump said.

The problem extends beyond D.C. Protestors raised similar complaints in Ferguson, Missouri, in the aftermath of the police shooting death of Michael Brown. Other jurisdictions have sought remedies. In Portland, Oregon, the OPC report notes, every officer keeps business cards provided by their department, and are required to give them out during certain interactions.

This article has been updated to include a comment from the MPD.